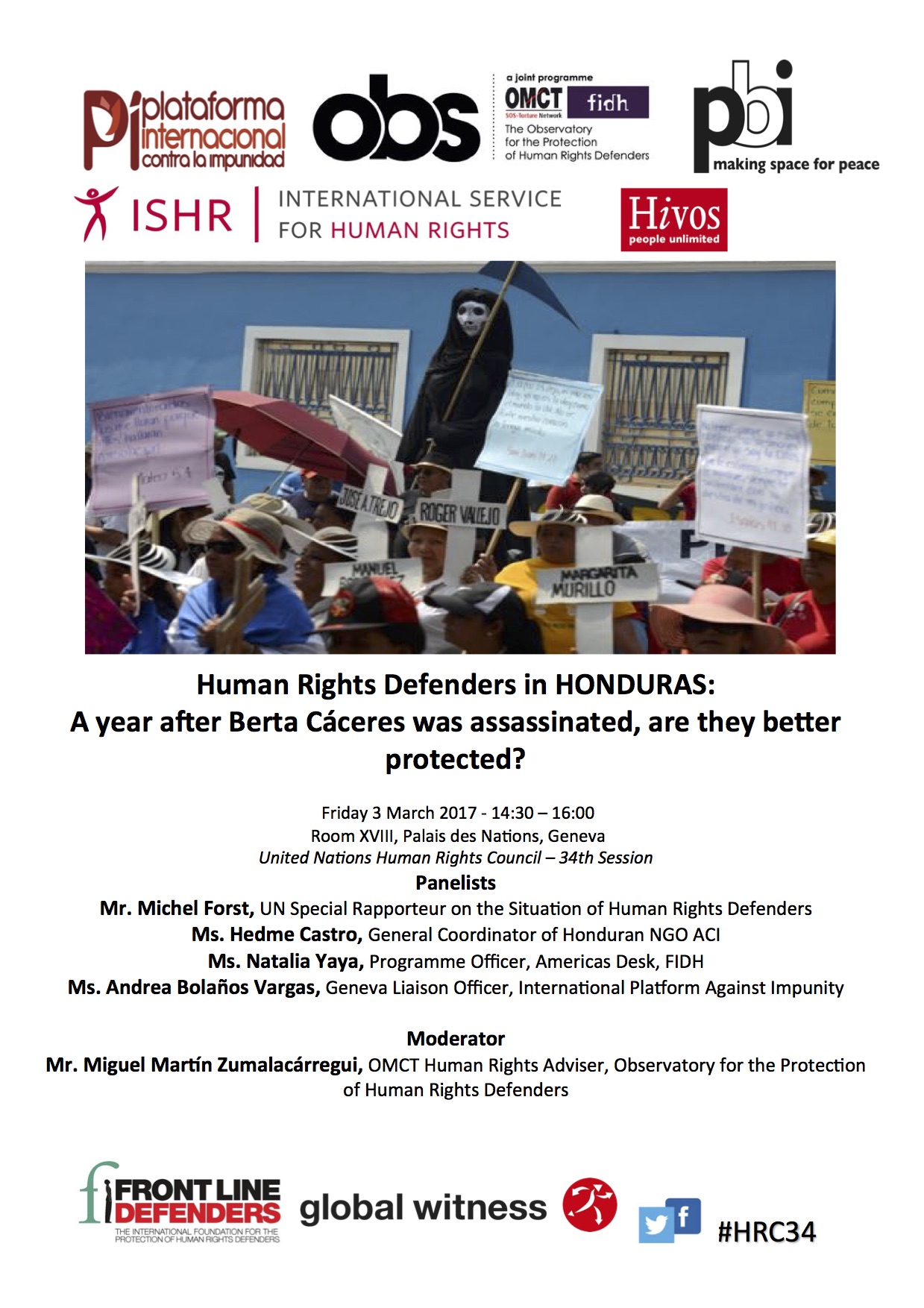 Languages: Interpretation into English andSpanish will be provided

The predicament of humanrights defenders in Honduras has received a great deal of internationalattention in 2016, following the murder of Berta Cáceres, an emblematic Lencaindigenous defender. This crime is just the tip of the iceberg; the high levelsof violence directed against defenders in Honduras have made it one of the mostdangerous countries in the world for human rights defence as declared in August2016 by Mr. Michel Forst, UN Special Rapporteur on the Situation of Human RightsDefenders, and Mr. José de Jesús Orozco Henríquez, IACHR’s Rapporteur on the Situationof Human Rights Defenders.

Since 2001, 17 defendershave been murdered, although they were beneficiaries of IACHR precautionarymeasures - an average of one per year. Between May 2015 and December 2016 atleast 16 killings of human rights defenders - almost one per month. Thesefigures clearly demonstrate that the situation is becoming more acute.

Attacks against defenderstend to go unpunished, largely due to inefficiencies in the administration ofjustice as well as a number of other structural factors. Meanwhile, there havebeen a great many incidences of defenders being criminalised, and the judicialsystem has shown remarkable diligence in pursuing these cases. According toIACHR, since 2010 there have been 3,064 cases in Honduras where human rightsdefenders have been criminalised as a means of intimidation. Many of these cases were preceded by publicstigmatization of those who defended and promoted human rights, when members ofeconomic or political power where involved or potentially affected.

One year after theassassination of Berta Cáceres and in the current pre-electoral context theside event will provide an important ingress to engage in a dialogue about thecurrent situation for human rights defenders in Honduras and on how nationalauthorities and international community can collaborate to address the remainingchallenges for their comprehensive protection and for an enabling environmentfor their work.

The event will include aninteractive panel discussion with various interventions from each of thespeakers followed by an interactive Q&A session with the audience.