Women and girls face particularly high risks of being subjected to torture and other forms of ill-treatment.

This is despite the international legal framework prohibiting torture and other ill-treatment and a growing recognition of the need for increased protection of women’s human rights. As a result of patriarchal social norms, women are at risk of torture wherever they live and whatever their place in society or cultural identity may be. Nearly one in three women experience physical or sexual violence in their lifetime.

The most visible aspect of torture against women is  sexualised  torture.  While  men  and boys  can also be victims of sexual  crimes,  rape  and other forms of sexual violence are used more consistently against women. Victims of torture  traditionally face  a wide range of  obstacles when  they file  a complaint or request reparation. But with sexual torture, victims  fear  the  stigma and refrain from seeking justice.  Consequently, torture against women is often unacknowledged, and the culprits go unpunished.

Another reason why women are denied equal protection against torture and other ill-treatment is that the  majority of  the  violence against them occurs in the private sphere of the family or in the community. Women are the object, in their own homes, of beatings, rape, incest, and traditional practices such as  honour  killings, dowry-related violence, genital mutilations, son preference, and early marriages.  Certain groups of women are particularly vulnerable to violence, such as those belonging to a minority, indigenous women, refugees, and women living in situations of armed conflict.

Certain groups of women are particularly vulnerable to violence, such as those belonging to a minority, indigenous women, refugees, and women living in situations of armed conflict.

Covid-19 has shown how global crises disproportionately impact women. The systems of protection and assistance for victims of gender-based violence were often inadequate beforehand, and the pandemic has made their limitations even more flagrant.

Aware of these vulnerabilities, the OMCT integrates the gender  specificities  of torture and other ill-treatment in its work  and  encourages  the adoption of a gender lens  by  all  relevant human rights mechanisms.  It reports to the United Nations Committee Against Torture (CAT) on the  gender dimensions of torture and highlights the parallels between the violence perpetrated by State and non-State actors.

Over the past two decades, the CAT has taken an increasingly crucial role in protecting women from violence amounting to torture and other forms of ill-treatment and ensuring that they can effectively exercise their rights under the Convention. Important landmarks are the 2007 adoption of General Comment No. 2 and the inclusion in its concluding observations of  different forms of gender-based violence against women, such as violence by non-State actors.

A Working Group on Women and Torture

Together with  the Philippine Alliance for Human Rights Advocates (PAHRA), the OMCT launched a  working  group on Women and Torture in Asia.  This was in response  to the need for greater research on sexual and gender-based violence from a torture perspective on the continent, despite the progressive development of relevant legal frameworks. Moreover, local and regional civil society organisations have stressed that they lack opportunities to use their experience and the data collected for a systemic analysis. The working group aims to address such needs  and develop collective strategies. In May 2022, it published a report detailing various forms of violence against women in eight Asian countries. 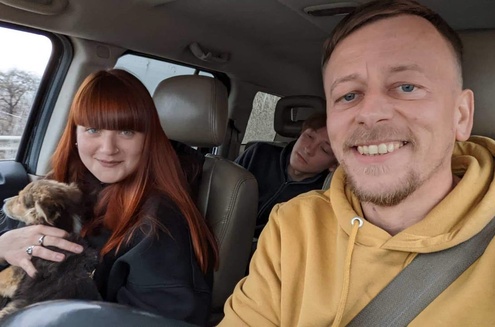