One year after the killing of Mexican human rightsdefender (HRD) Julián Carrillo, our organisations call for the European Union(EU) and its member states to step up efforts toward justice for his killingand to reinforce their support to HRDs throughout the country.

On 24 October 2018, indigenousenvironmental, land and territory defender, Julián Carrillo, was killed by unidentified armed men. Julián was aleader of Coloradas de la Virgen, a remote community belonging to the Rarámuriindigenous people in the SierraTarahumara in Chihuahua (northern Mexico). 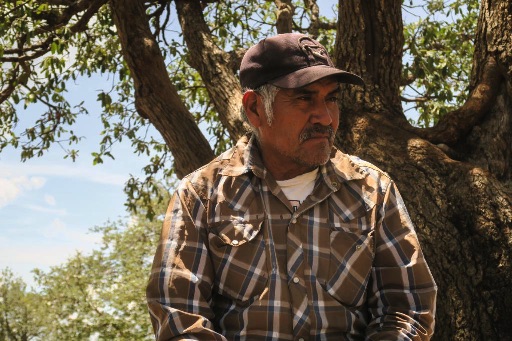 The murder of Julián was a predictable tragedy, as he had long reportedattacks and death threats for his public denunciation of illegal logging andmining as well as the violence of armedcriminal groups in his community. Five of his family members, includinghis son, have also been killed. Many other indigenous leaders of Coloradas dela Virgen have faced threats, attacks, unfair trials and killings. In 2014, this situation led to the inclusion of JuliánCarrillo and other community leaders and members of his organization, AlianzaSierra Madre A.C. (ASMAC), in Mexico’s National Protection Mechanism for humanrights defenders.

Despite the arrest of twosuspects in Julián Carrillo’s murder, his family remains at risk and theprotection measures provided to his community are still not adapted to theircollective culture nor have they addressed the root causes of the violence theyface.

Julián’s killing is not an isolated case – the very same day, the journalistGabriel Soriano Kuri was also killed inGuerrero state. While both murders were denounced by the EU, neithercase has seen real progress toward justice one year on. So far in 2019, 23 murders of HRDs have been reported, three of whom were under the National ProtectionMechanism.

Justice for the killing of Julián and other HRDs will be an urgentlitmus test for human rights in Mexico, as progress on cases like these will bekey to wider efforts to protect HRDs and promote their important work.

On 26 October 2018, the EU and Mexico held their most recent humanrights dialogue, concluding it with a joint statement:

“The EU and Mexico strongly condemned all acts ofaggression against human rights defenders and journalists. Both sidesunderlined their firm commitment to address the threats they face and to ensurethey can fulfil their work with full independence. In this context, the EU andMexico agreed on the importance of ensuring that mechanisms to protect humanrights defenders, journalists and other vulnerable persons are fully resourced,effective and reliable.”

Inthis spirit and in line with the EU Guidelines on HRDs, we urge the EU and its member states to call on theMexican authorities to:

· Conduct a prompt, thorough and impartialinvestigation of Julián Carrillo’s killing, identifying and prosecuting thoseresponsible for the murder, and likewise ensure justice for all other humanrights defenders and journalists who have been killed or who face harassmentand threats because of their work.

· Take all protection measures possible to guaranteethe safety of Julián Carrillo’s family members and the Coloradas de la Virgencommunity in accordance with their wishes and consent, including steps to address impunity and otherroot causes that allow attacks against defenders to happen.

· Publiclyrecognise at the highest level, the legitimacy and importance of the work doneby HRDs in the Sierra Tarahumara of Chihuahua and elsewhere in Mexico.Likewise, ensure explicit recognition of the importance of land, territory andenvironmental rights defenders, including in the protection of the environment.

· Ensurethat the National Protection Mechanism and other comprehensive and collectiveprotection measures deliver meaningful protection to Mexican HRDs at risk.

· Take stepsto monitor and strengthen the National Protection Mechanism in line withrecommendations in the analysis conducted by the UnitedNations High Commissioner for Human Rights.

· Design andimplement a comprehensive public policy for the protection of HRDs toeffectively prevent future attacks against defenders and to protect those atrisk. This policy should be based on a collective approach to both riskanalysis and the choice of protection measures to be implemented.

· Ensure the effective participationof indigenous peoples and affected communities in decisions about planning andimplementing projects linked to the exploration and exploitation of naturalresources.

· Take all necessary steps to ratify the EscazúAgreement through the competent national bodies.

The EU and its member states should also actto:

· Give timely and effective protection to HRDs at risk in Mexico,promote their work and follow up on the human rights concerns they raise.

· Monitorthe security situation of human rights defenders in Chihuahua, including followup on the early warning system, visits to the field, meetings with HRDs andrelevant authorities.

· Follow upon the case of Julián Carrillo, including through trial observation, provisionof protection and regular visits to Julián’s family, ASMAC and the Rarámuri community,in close consultation with them.

· Ensureaccountability and sustained follow up on the evaluation of the early warningsystem in Chihuahua to promote and protect HRDs,including high-level political backing and participation of Mexican authoritieswith decision-making capacity.

· Raise individual cases of killings, threats and other attacks onHRDs and journalists in public statements at Brussels level to match concernsraised at local level; similarly ensure that these individual cases are raisedin all EU and member state exchanges with Mexico up to highest level.

· Fully use theopportunity of the forthcoming human rights dialogue and discussions around theEU-Mexico Global Agreement to explicitly address killings and attacks on HRDsin Mexico, in particular those working on land rights and the environment.

German Network for HumanRights in Mexico