Geneva,Paris, Oaxaca, Dublin, Mexico City, December 16, 2016 – The report (available in English and Spanish) preparedjointly by 11 Mexican and international civil society organisations analysesthe cases of five human rights defenders whose detentions have been declaredarbitrary by the UN. The organisations demand immediate compliance with the UNOpinions and report that the detentions, torture and other human rightsviolations suffered by the defenders show a wider pattern of criminalisation ofsocial protest in Mexico, which seeks to hindrance the defense of human rights. 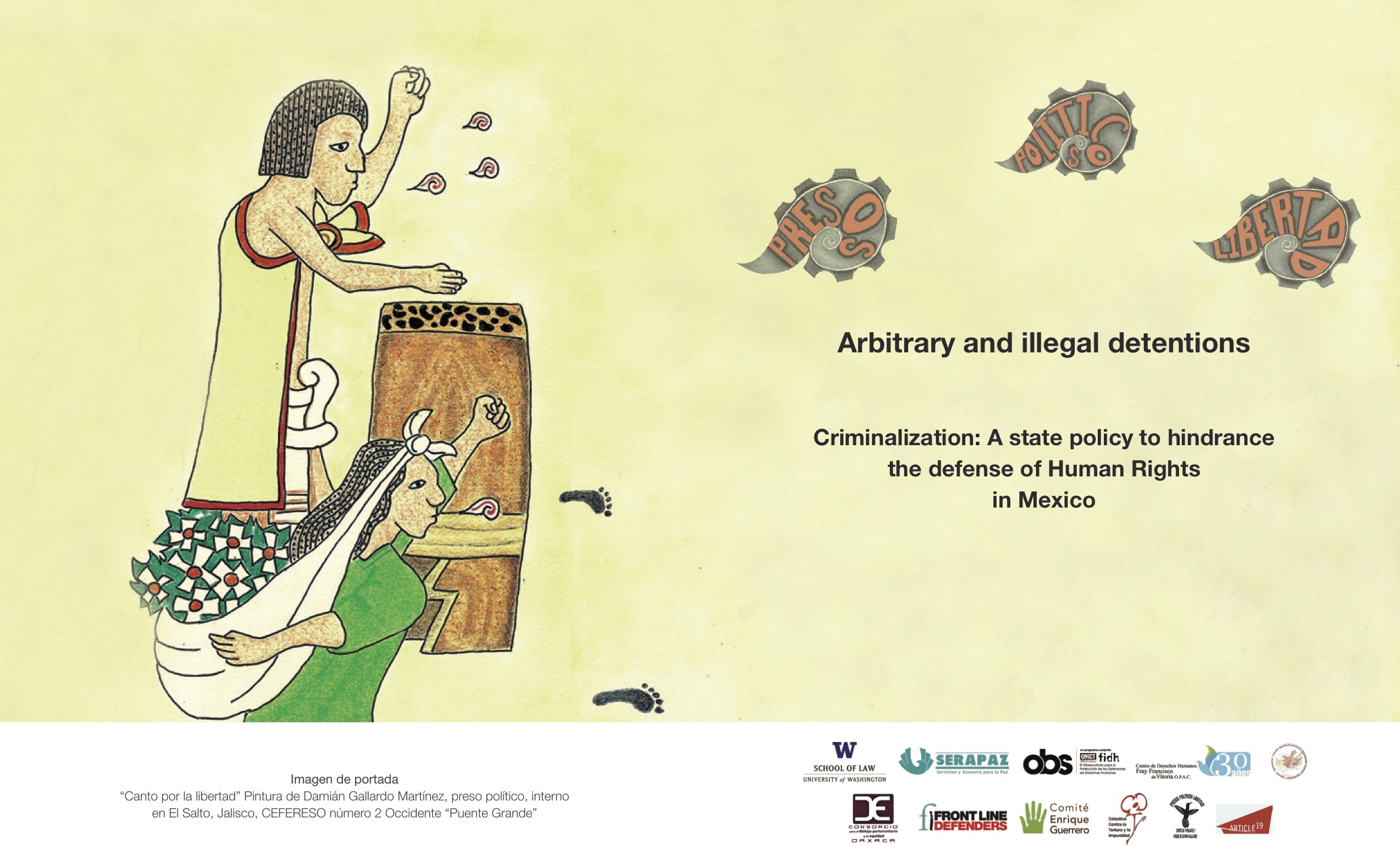 They areall human rights defenders and their detentions are linked to their legitimateactivities for the defense of human rights. They were all illegally arrestedwith no arrest warrant, imprisoned due to crimes that they had not committed,and they suffered the same pattern, including several forms of torture andill-treatment at the time of arrest and within the detention facilities,isolation, forced disappearance before they were presented to the court,threats, detention, smear campaigns, lack of due diligence and lack ofindependence of the judiciary when declaring said detentions legal.

The UNWorking Group on Arbitrary Detention has issued opinions stating that the fivedefenders are victims of arbitrary detention. The five opinions were issuedwithin just over one year, between August 2014 and December 2015, anunprecedented time frame since it was the first time that the Working Groupissued so many opinions on one country in such a short period.

We mustmention the fact that these five iconic cases only represent a small fractionof the total amount of unpunished arbitrary detentions that take place in thecountry, but they are proof of the existence of a worrying pattern ofcriminalisation of social protest in Mexico. This pattern of arbitrarydetention of human rights defenders seems to reflect the desire to hindrancetheir work defending the human rights to which all Mexicans are entitled.

“Wedemand the immediate release of Damián Gallardo, Enrique Guerrero and LibradoBaños, as well as the end of criminalisation and full redress for the fivehuman rights defenders due to the many human rights violations suffered. Thefact that Mexico has yet to comply with the UN’s opinions questions thecountry's commitment with the international community regarding human rightsand shows the urgent need for structural reforms to prevent similar cases inthe future”, stated the organisations.

Thisreport is part of a national and international joint campaign, in whichframework the participating organisations have already arranged meetings withinternational institutions such as the European Union and its Member States inBrussels, the United Nations and Swiss authorities in Geneva, as well as withnational and international authorities in Mexico City and in Oaxaca. The casein Oaxaca is remarkable due to the fact that two of the defenders that remaindetained, Damián Gallardo and Librado Baños, are from this state and civilsociety organisations have documented 77 cases of political prisoners inOaxaca.

The report can be downloaded here:

Organisations participating in thepreparation of the report:

· World Organisation Against Torture (OMCT),in the framework of the Observatory for the Protection of Human RightsDefenders

· FIDH, in the framework of the Observatoryfor the Protection of Human Rights Defenders

TheObservatory for the Protection of Human Rights Defenders (the Observatory) wascreated in 1997 by the World Organisation Against Torture (OMCT) and FIDH. Theobjective of this programme is to intervene to prevent or remedy situations ofrepression against human rights defenders.