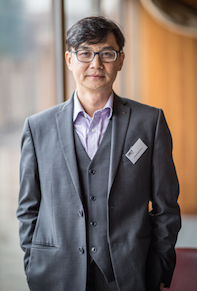 13 December 2016 (OMCT) -The rule of thumb in the state of Manipur, in the northeast of India, is that the powerful can get away with anything – from arrestingpeople and searching their homes without a warrant to killing people.

That’s because six decades ago, the Armed Forces Special Powers Act (AFSPA) granted the paramilitary forces and armed state police with special powers to combatinsurgency and ensure security in this “disturbedarea”, mostly inhabited by indigenous peoples of Tibetan-Burman andSino-Tibetan descent.

This legalframework has licensed a catalogue of humanrights abuses within a “complete climate of impunity,” as explained by BablooLoitongbam, Executive Director of HumanRights Alert, an organization that documents human rights abuses bythe Indian Security Forces in the region and seeks justice for thevictims. “Suspicion is enough for you to be shot by the military,” he said.

Members of the armed forces may not be prosecuted, andan investigation cannot take place without the central Government granting itspermission, which, needless to say, has never happened in the past 60 years.Yet Mr. Loitongbam’s team has had some wins. In 2007, the United NationsCommittee on the Elimination of All Forms of Racial Discrimination called uponIndia to repeal the AFSPA and to replace it “bya more humane Act” for it is discriminatory against the indigenous peoples of the region.

Small steps can make a difference

Yet with the Act still in place, between 2012 and 2013alone, the insurgency in Manipur has led to thedeath of about onecivilian per 100,000 people a year.

In this difficult context, Loitongbam’s organizationcan only take small steps to uncover the gross violations and eventuallytrigger change on a larger scale. One such victory occurred when it foundevidence reaching back to May 1979 of 1,528 cases of extrajudicial killings ofcivilians by security forces, pushing India’s Supreme Court to appoint afact-finding committee to investigate six of these cases.

Despite the State’s claims that the people were killedin so called “encounters”, or that they were “hardcore terrorists”, the SupremeCourt in 2016 found that no prior criminal charges had been filed against anyof them. It also ruled that “the use of excessive force or retaliatoryforce” by the police or armed forces is not permissible, despite the AFSPA.

“This was the first time the Indian Supreme Court wasconfronted with this mass of atrocities over this prolonged period of time,”said Loitongbam. “After much courtroom drama, they were able to come with ajudgment.”

Even though the Court did not consider all the casespresented to it, the ruling sent a message to potential perpetrators that thereis a limit to legally admissible behavior even with the AFSPA. Since then, thenumber of extrajudicial killings has dropped dramatically, raising hopes for amore peaceful future.

The ruling also allowed the public to learn what hadbeen happening in this remote part of the world. Until two years ago, the worldhad been unaware of the extent and pervasiveness of the human rights violationsin Manipur because foreigners were not allowed to enter the area. A governmentpush to boost the local economy, which has been at the crossroads of exchangewith Asia for more than 2,500 years, has slightly relaxed this ban.

Using the law to help the faceless

Loitongbam, a lawyer who is also a FulbrightScholar and an Ashoka Life Fellow, believes that the power of the legalsystem to end impunity.

“These institutions, which are meant to protect therights of democracy, have to stand up and assert themselves. This is what wesaw when the Supreme Court actually came out with the truth,” he said.

He recalled a story that explains his motivation forwhat he does. One day while walking down the street a young man called out tohim and asked him to come home with him for a cup of coffee. Loitongbam wasskeptical at first, but was won over by the young man’s honest eyes.

“He said to me, ‘I have heard about you and had it notbeen for you and your team I would not have been able to come home.’”

The young man had been involved in an insurgency movementand was blacklisted by the military. He feared that instead of a trial andconviction he would end up as yet another victim of an extrajudicial killing.So he fled. But after this year’s Supreme Court ruling, a new climate hademerged and the young man felt safe enough to return home.

“And he said even if they arrest me, at least I’ll beable to make my case in the court, but two years ago I would have been killed,”Loitongbam continued recounting the young man’s words.

“That evening I slept so well,” Loitongbam said.“These are just faceless people, people whom you don’t know, but they havebenefitted from your work. You get so much satisfaction that you say toyourself that all of this sacrifice is worth it.”

This article is part of aseries of 10 profiles to commemorate International Human Rights Day, 10December, and to recognize the vital role of human rights defenders worldwide.

OMCT wishes to thank theRepublic and Canton of Geneva and the OAK Foundation for their support. Itscontent is the sole responsibility of OMCT and should in no way be interpretedas reflecting the view(s) of the supporting institutions.