Letter from the Sport for Rights Campaign, which OMCT is a member of, to the German National Olympic Committee on Azerbaijan. 'Sport for Rights' campaign has been established to raise the problem of political prisoners in the context of the forthcoming international sporting events to be hosted by Azerbaijan. 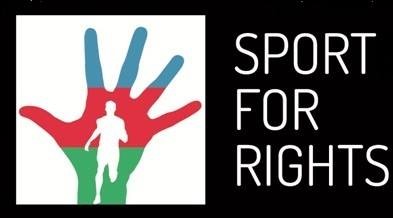 Weare writing to you as members of the Sport for Rights campaign, a coalition ofinternational organisations working to draw attention to the human rightssituation in Azerbaijan in the context of next month’s European Games. As youknow, the Azerbaijani authorities have been carrying out an unprecedented humanrights crackdown, working aggressively to silence all forms of criticism anddissent.

Wewanted to thank you for your comments on several occasions in recent months,expressing concern regarding restrictions on press freedom and repressivemeasures taken against journalists in Azerbaijan. We have also appreciated yourwillingness to engage with the human rights community on these issues, and yourcommitment to raising these concerns in your meetings with Azerbaijaniofficials.

Yourcomments have come at a critical time, when too many officials connected to theEuropean Games are all too willing to turn a blind eye towards human rightsabuses in Azerbaijan, and in some cases, actively help the Azerbaijani government’sattempt to whitewash its image. We have been using your remarks as a positiveexample, encouraging representatives from other National Olympic Committeesacross Europe to publicly support human rights in Azerbaijan.

Weare writing to you now with an additional request. As you may know, thecrackdown has resulted in the arrests of dozens of political prisoners,including eight journalists and human rights defenders. They have been targetedfor their work defending the rights of others, and telling the truth about thesituation in their country. We urge you to take the opportunity now, in thelast few weeks before the Games, to publicly call for the release of theseindividuals. We have provided a list as an appendix.

Thank you once again for your attention to our issues and yoursupport for our jailed colleagues in Azerbaijan.

Sincerely yours, (for the signatory organisations see the pdf attached)