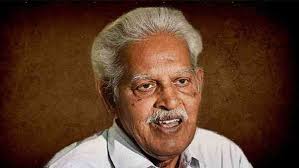 The Observatory has been informed by reliable sources about the deteriorating health condition of, and lack of medical care given to, Mr. Varavara Rao, a 79-year old human rights defender who has contracted COVID-19 while in detention at Taloja jail in Mumbai, Maharashtra State[1].

According to the information received, on July 13, 2020, Mr. Varavara Rao was brought to the state-run JJ Hospital in Mumbai, a day after his family members organised a press conference and urged the government to transfer him to the hospital. Mr. Rao’s family said that he was disorientated, hallucinating and confused while speaking due to an electrolyte imbalance and to a drop in sodium and potassium levels in his system.

On July 15, 2020, when his family was allowed to visit him at the hospital, they found him still incoherent and lying in inhuman conditions in a pool of urine in the transit ward of the hospital, with no treatment being given to him. Moreover, when his family tried to change his bedsheets, they were thrown out by the hospital staff. On July 16, 2020, Mr. Varavara Rao tested positive for COVID-19.

The Observatory expresses its utmost concern over the health condition of Mr. Varavara Rao, which has drastically deteriorated during his detention since November 2018 at the overcrowded Taloja jail and as a result of not receiving adequate care or treatment.

Mr. Varavara Rao was arrested on November 17, 2018 for his alleged involvement in violence that broke out at Bhima Koregaon, Maharashtra State, on January 1, 2018.

i. Guarantee, in all circumstances, the physical integrity and psychological well-being of Mr. Varavara Rao, and give him immediate and unconditional access to the medical attention he requires;

ii. Immediately and unconditionally release Mr. Varavara Rao and all other human rights defenders arbitrarily detained in India, since their detention is arbitrary as it seems to be merely aimed at sanctioning their human rights activities;

iii. Put an end to all acts of harassment - including at the judicial level - against Mr. Varavara Rao and all other human rights defenders in India, and ensure that they are able to carry out their legitimate activities without any hindrance and fear of reprisals in all circumstances;

[1] Mr. Varavara Rao is an academic known for his progressive writings on social justice and human rights, and a senior figure in the Indian human rights movement.