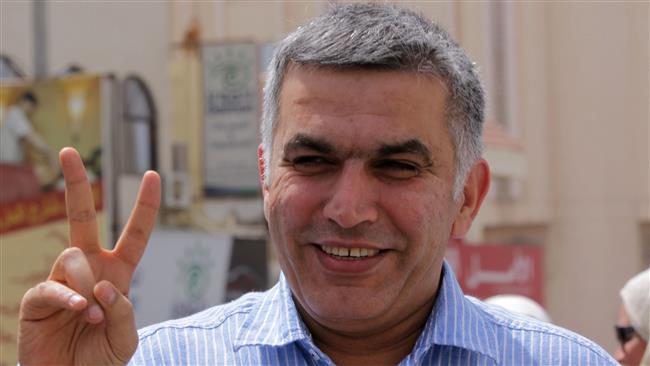 Beirut - Paris - Geneva, January 25, 2018: According to a credible confidential source,Bahraini authorities have planned to interfere with prominent rights activistNabeel Rajab’s medication in a clear attempt to threaten his security andintegrity. The Bahraini authorities should immediately and unconditionallyrelease him.

“This attemptedattack on Nabeel’s health is certainly not random”, said today the Observatoryfor the Protection of Human Rights Defenders (FIDH - OMCT partnership) and theBahrain Center for Human Rights (BCHR). “It falls at a time when the governmenthas tried to keep him under tight surveillance to prevent him from speakingout. The authorities couldn’t stop him from speaking out to defend human rightsso they might be looking at other ways to silence him for good”. The situationis even more worrisome as Nabeel Rajabneeds surgery and has no choice but to take the medication he is given.

“Bahrain has been cracking down on our friend andDeputy Secretary General, Nabeel Rajab for years with abusive tactics,” said DimitrisChristopoulos, FIDH President. “Recentlyalarming signals have multiplied raising security concerns regarding hisdetention condition. The government should put a stop to these tactics, andimmediately release him. We seriously fear for his life”, headded.

“The Bahraini authorities should allow an international independentmedical examination of Nabeel Rajab and the results of this examination to beduly recorded and accessible by his family. Nabeel Rajab’s life is at seriousrisk and he should receive urgently the medical treatment he needs by a trustedmedical institution,” said Gerald Staberock, OMCT Secretary General.

In the lastmonths, a number of prominent dissidents and activists have become seriouslyill in detention in Bahrain, and have been denied independent, adequate andtrusted care. Authorities have detained, imprisoned, tortured, intimidated,stripped of their nationality, or forced into exile many people who peacefullyopposed or openly criticized the authorities’ actions and policies. Theauthorities have also have shut down numerous independent media outlets.

“Authorities should immediately release him and allowhim to seek medical care freely from a doctor of his choice”, said Maytham Al Salman, BCHR Special Advisor. “There are fewer and fewer human rights defenders able to work inBahrain, and they do so at great risks, even in detention, as demonstrated by this case” he added.“The harassment of Nabeel Rajab isintended to silencing the whole Bahraini society”.

TheObservatory for the Protection of Human Rights Defenders (the Observatory) wascreated in 1997 by FIDH and the World Organisation Against Torture (OMCT). Theobjective of this programme is to intervene to prevent or remedy situations ofrepression against human rights defenders. FIDH and OMCT are both membersof ProtectDefenders.eu, theEuropean Union Human Rights Defenders Mechanism implemented by internationalcivil society.