The Observatory for the Protection of Human Rights Defenders, a partnership of the World Organisation Against Torture (OMCT) and FIDH, requests your urgent intervention in the following situation in Maldives. 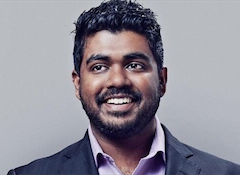 The Observatory has been informed by reliable sources about the murder of Mr. Yameen Rasheed, a 29-year old human rights activist and blogger in Maldives.

According to the information received, on April 23, 2017, at about 3 am, Mr. Yameen Rasheed was found laying on the stairwell of his apartment building in Malé, the capital city of Maldives. Mr. Yameen Rasheed had reportedly been stabbed 16 times. He was rushed to Indira Gandhi Memorial Hospital, where he was pronounced dead at around 3:50 am.

Mr. Yameen Rasheed had received numerous death threats as a result for his criticism of the Government’s increasingly authoritarian rule, authorities’ corruption, and rising Islamic extremism in his satirical blog The Daily Panic. Police failed to conduct adequate investigations into these threats and to provide protection to Mr. Rasheed. Mr. Rasheed was also known for his relentless fight against impunity and for his campaigns to seek justice in the case of Mr. Ahmad Rilwan, a Maldives Independent journalist who has been missing since August 2014.

The Observatory strongly condemns the murder of Mr. Yameen Rasheed and urges the Maldivian authorities to adopt effective measures to ensure the protection of human rights defenders in the country. The Observatory also calls for an immediate, thorough, impartial, and transparent investigation into Mr. Yameen Rasheed’s murder and for those responsible for this act to be held accountable.

Please write to the authorities of Maldives, urging them to:

i. Guarantee in all circumstances the physical and psychological integrity of all human rights defenders in Maldives;

ii. Carry out an immediate, thorough, impartial, and transparent investigation into the murder of Mr. Yameen Rasheed in order to identify all those responsible, bring them before an independent tribunal, and sanction them as provided by the law;

iii. Put an end to all acts of harassment against all human rights defenders in the country so that they are able to carry out their work without hindrance;

iv. Comply with the provisions of the United Nations Declaration on Human Rights Defenders, in particular with its Articles 1 and 12.2;

v. Ensure in all circumstances respect for human rights and fundamental freedoms in accordance with the Universal Declaration on Human Rights and other international human rights instruments signed or ratified by the Republic of Maldives.

Please also write to the diplomatic representations of Maldives in your respective countries.