The Observatory for the Protection of Human RightsDefenders, a partnership of FIDH and the World Organisation Against Torture(OMCT), has received new information and requests your urgent intervention in the following situation in Israel and the Occupied Palestinian Territory.

TheObservatory has been informed by reliable sources about the ongoing arbitrarydetention and judicial harassment of Mr.Salah Hamouri, a Franco-Palestinian lawyer and field researcher withAddameer Prisoner Support and Human Rights Association (Addameer)[1]in the Occupied Palestinian Territory. 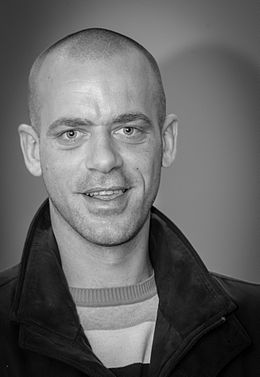 According to the information received, on September 17,2017, Jerusalem District Court confirmed a six months’ administrative detention[2]against Mr. Salah Hamouri. Although, the charges against Mr. Hamouri were notknown at the time of this Urgent Appeal, he would reportedly be accused byIsraeli authorities of being a member of the Popular Front for the Liberationof Palestine (PFLP) and a threat to national security in Jerusalem andsurrounding areas in the West Bank.

Mr. Salah Hamouri has been detained since August 23,3017, when he was arrested from his house in Jerusalem by the Israeli army andimmediately placed under a six months administrative detention ordered by the Ministerof Defense, Mr. Avigdor Liberman.

The Observatory condemns the arbitrary detention andjudicial harassment of Mr. SalahHamouri as it only seems to aim at sanctioning his human rights activities, inparticular with Palestinian political prisoners.

The Observatory urges Israeli authorities toimmediately release Mr. Salah Hamouri, as well as to put an end to all forms ofharassment, including at the judicial level, against him and members of hisfamily. The Observatory further urges to ensure that all the judicialproceedings against Mr. Salah Hamouri are carried out in full compliance withhis right to a fair trial as protected under international law.

On March 13, 2005, Mr. Salah Hamouri was arrested bythe Israeli military at Qalqiliya checkpoint and sentenced to seven years inprison for his alleged involvement in a plot to assassinate Rabbi Ovadia Yosef,spiritual leader of the religious and ultra-orthodox party Shas, and formerChief Rabbi of Israel. Mr. Salah Hamouri was to be released on March 13, 2012,but instead, was set free on December 18, 2011, as part of the Wafa Al Ahrarprisoner exchange deal[3].

Subsequent to his re-arrest on August 23, 2017, onAugust 29, 2017, the Jerusalem Magistrate Court ordered his conditional releaseand his placement under house arrest in Al-Reineh for 20 days. The Court alsobanned Mr. Salah Hamouri from entering Jerusalem, from travelling outside thecountry for three months and ordered a 10,000 NIS (approx. 2642 Euros) bail.

However, when Mr. Salah Hamouri’s family went to paythe bail, they were told he would not be released and had received a six-monthsadministrative detention order, which had been issued on August 23, 2017 by theMinister of Defence without being notified to Mr. Salah Hamouri.

On September 5, 2017, the Jerusalem District Courtreinstated a sentence against Mr. Salah Hamouri originally issued in 2005 andordered him to serve the remaining three-month sentence. This represents thetime that was left for Mr. Salah Hamouri to serve prior to his release as partof the Wafa Al Ahrar exchange deal. A representative from the French Consulatein Jerusalem and Mr. Salah Hamouri’s father were prevented from entering thecourtroom.

Pleasewrite to the authorities of Israel urging them to:

i. Guarantee in allcircumstances the physical and psychological integrity of Mr. Salah Hamouri aswell as that of all human rights defenders in Israel and the OccupiedPalestinian Territory;

ii. Immediately andunconditionally release Mr. Salah Hamouri as well as all detained human rightsdefenders in Israel and the Occupied Palestinian Territory as their detention is arbitrary since it only seems to aim at punishing himfor their human rights activities;

iii.In the meantime, ensure that all thejudicial proceedings against Mr. Salah Hamouri are carried out in fullcompliance with his right to a fair trial as protected under international law;

iv.Put an end to all forms of harassment, including at the judicial level, againstMr. Salah Hamouri, his family, as well as against all human rights defenders inIsrael and the Occupied Palestinian Territory;

v. Comply with theprovisions of the UN Declaration on Human Rights Defenders, adopted by theGeneral Assembly on December 9, 1998, in particular Articles 1 and 12.2;

Please also write to the diplomatic mission orembassy of Israel in your respective country.

The Observatory, an FIDH and OMCT partnership,is dedicated to the protection of human rights defenders and aims to offer themconcrete support in their time of need. FIDH and OMCT are both members of ProtectDefenders.eu, the European Union Human Rights DefendersMechanism implemented by international civil society.

[1] Addameer (Arabic forconscience) is a Palestinian NGO that works to support Palestinian politicalprisoners held in Israeli and Palestinian prisons offering free legal aid topolitical prisoners, advocating their rights at the nationaland international level, and working to end torture and other violationsof prisoners' rights. It is also a member of OMCT SOS-Torture Network.

[2] Administrative detention is a procedure that allows the Israeli military tohold prisoners indefinitely on secret information without charging them orallowing them to stand trial. For more information see http://www.addameer.org/israeli_military_judicial_system/administrative_detention

[3] On October 18, 2011, 477Palestinian prisoners were released from Israeli prisons as part of an exchangedeal in which Israeli soldier Gilad Shalit, who had been abducted by Hamas in2006, was released. Several of the freed Palestinian prisoners have beenre-imprisoned since then.