The Observatory for the Protection of Human Rights Defenders, a jointpartnership of FIDH and the World Organisation Against Torture (OMCT), requestsyour urgent intervention in the following situation in Vietnam and Thailand. 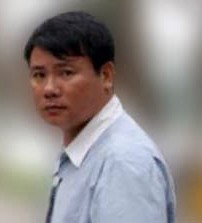 The Observatory has been informed by the Vietnam Committee on HumanRights (VCHR) about the suspected abduction and subsequent arbitrary detentionof blogger Mr. Truong Duy Nhat[1].

Accordingto the information received, on January 26, 2019 Mr. Truong Duy Nhat went missing in Bangkok,Thailand, where he had fled to from Vietnam to seek political asylum. The daybefore, he had gone to the United Nations High Commissioner for Refugees(UNHCR) office in Bangkok in order to file an asylum claim.

It is suspected that Mr. Truong Duy Nhat wasabducted by unknown individuals in Bangkok before being taken back to Vietnamagainst his will.

On March 20, 2019, Ms. Cao Thi Xuan Phuong wentto Hanoi’s T16 detention centre to attempt to visit her husband. However, theprison authorities denied her visitation rights.Moreover, they told her that herhusband had been arrested on January 28, 2019, and transferred on the same dayto T16 detention centre.

On March 25, 2019, during a press conference inHanoi, Public Security Ministry Spokesperson Lt Gen Tran Van Ve accused Mr.Truong Duy Nhat of taking advantage of documents in possession of the newspaper Dai Doan Ket, where he was a journalistfrom 1995 to 2010, to buy properties without an auction, causing financial lossto the State. Lt Gen Ve said the case was still under investigation.

The Observatory recalls that this is not thefirst time Mr. Truong Duy Nhat has been targeted. On June 26, 2014, the SupremePeople’s Court in Danang, central Vietnam, upheld a two-year prison sentenceagainst him for publishing articles on his blog that were critical of thegovernment, which Mr. Truong Duy Nhat served[2].

The Observatory is also concerned about thesituation of Mr. Bach Hong Quyen, another Vietnamese blogger and humanrights campaigner, who is currently living in Thailand with UNHCR refugeestatus. Mr. Bach Hong Quyen helped Mr. Truong Duy Nhat with his administrativeprocedures in Thailand and feels under threat from the Thai authorities becauseof his knowledge about Mr. Truong Duy Nhat’s suspected abduction. Mr. Bach HongQuyen’s family is under surveillance by Thai authorities and on March 20, 2019,Thai plainclothes police officers entered his house. The police officers thenleft as they could not find him.

TheObservatory strongly condemns the suspected abduction and arbitrary detentionof Mr. Truong Duy Nhat, as they seem to be only aimed at sanctioning him forhis legitimate human rights activities, and urges the Vietnamese authorities toimmediately and unconditionally release him and ensure an independentinvestigation into his suspected abduction. The Observatory further fears that Mr. Truong Duy Nhat wouldbe at risk of torture and ill-treatment while in detention, which would becontrary to Vietnam’s obligations under Article 3 of the UnitedNations Convention against Torture and OtherCruel, Inhuman or Degrading Treatment or Punishment.

The Observatory alsourges the Thai authorities to protect all human rights defenders in Thailand,regardless of their nationality, put an end to all acts of harassment againstMr. Bach Hong Quyen, and comply with their non-refoulementobligations under Article 3 of the Convention against Torture.

Please write to the authorities of Vietnamasking them to:

i. Guarantee, in all circumstances, the physical integrity andpsychological well-being of Mr. Truong Duy Nhat and of all human rightsdefenders in Vietnam;

ii. Immediately andunconditionally release Mr. Truong Duy Nhat as his detention is arbitrary and merely aimed atpunishing him for his human rights activities;

iii. Putan end to all acts of harassment, including at the judicial level, against himand all human rights defenders in Vietnam, and ensure in all circumstances thatthey are able to carry out their legitimate activities without any hindranceand fear of reprisals;

iv. Guarantee the access of Mr. Truong Duy Nhat tohis relatives and a lawyer of his choice;

vi. Conform to theprovisions of the UN Declaration on Human Rights Defenders, adopted by theGeneral Assembly of the United Nations on December 9, 1998, in particular withArticles 1, 5(b), and 12.2;

Please also write to the authorities ofThailand asking them to:

i. Guarantee, in all circumstances, the physical integrity andpsychological well-being of Mr. Bach Hong Quyen and all human rights defenders inthe country, regardless of their nationality;

iii. Put an end to anyact of harassment against Mr. Bach Hong Quyen and all human rights defenders inthe country, regardless of their nationality;

iv. Comply with their non-refoulement obligations underArticle 3 of the Convention against Torture and Other Cruel, Inhuman orDegrading Treatment or Punishment;

v. Conform to theprovisions of the UN Declaration on Human Rights Defenders, adopted by theGeneral Assembly of the United Nations on December 9, 1998, in particular withArticles 1, 5(b), and 12.2;

vi. Ensure in all circumstances respect forhuman rights and fundamental freedoms in accordance with international humanrights standards and international instruments ratified by Thailand.

Pleasealso write to the diplomatic representations of Vietnam in your respectivecountries.

The Observatory for theProtection of Human Rights Defenders (the Observatory) was created in 1997 byFIDH and the World Organisation Against Torture (OMCT). The objective of thisprogramme is to prevent or remedy situations of repression against human rightsdefenders. FIDH and OMCT are both members of ProtectDefenders.eu, the European Union Human Rights Defenders Mechanism implemented by internationalcivil society.

[1] Mr. Truong Duy Nhat is a former journalist withState-run newspapers Bao Cong An QuangNam Danang (Quang Nam Danang Security Police newspaper) and Dai Doan Ket (Great Solidaritynewspaper). In 2011, he quit his work as a reporter to write for his blog “MotGoc Nhin Khac” (A Different Point of View), which became widely known for itscriticism of the government. In his blog, Mr. Truong Duy Nhat frequentlycriticizes the performance of top government officials, including the PrimeMinister, on human rights issues.