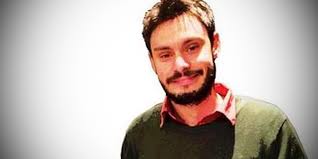 Geneva, 25 January 2017 – On the first anniversary of the death of Italianstudent Giulio Regeni, Egypt still has not brought before justice thoseresponsible for his enforced disappearance, torture and killing.

It has also been two years since Egypt – now a member of the UnitedNations Human Rights Council – has committed before the internationalcommunity to bring its instruments for the prevention of torture in compliancewith international standards. Yet the country has to this day shown no sign ofwanting to effectively fight against torture.

Regeni, a 28-year-old PhD candidate at Cambridge University conductinghis research on labour rights and independent trade unions in Egypt,disappeared in the outskirts of Cairo on 25 January 2016. His body, found nine daysafter in a ditch, showed signs of severe torture. The investigation into hiscase has so far lacked independence and effectiveness, for it followed a numberof false tracks, observers have said[1]. Moreover,Regeni’s death is only the tip of the iceberg of widespread human rightsviolations happening in the country, where an average of three to four people aredisappeared and tortured every day, according to recent reports[2].

“This is a sad anniversary that reminds us that it is time for Egyptianauthorities to hold their word and finally put into practice their commitmentsto the eradication of torture in the country,” declared Gerald Staberock, OMCT Secretary General.

In March 2015, Egypt agreed before the UN Human Rights Council to followfour main recommendations coming from the country’s Universal Periodic Review tostrengthen the fight against torture. The Egyptian Government, however, has notyet ratified the Optional Protocol to the Convention Against Torture (OPCAT), stillhas not submitted a report to the United Nations Committee AgainstTorture (UNCAT) since 2002, while it is supposed to submit one every four years. Norhas Egypt issued an open and standing invitation to the Special Rapporteur onTorture nor brought the definition of the crime of torture in its Penal Code inline with the definition contained in Article 1(1) of the Convention Against Torture.

Instead, throughout the past two years, the Egyptian authorities havebeen undermining any attempt to effectively fight torture in the country. Thisincluded criminalizing three members of the “United Group – Attorneys-at-law,Legal Advisors”[3], for presenting before theEgyptian authorities a bill for the prevention of torture and advocating forits adoption in order to bring the national legislation in compliance withinternational standards.

Moreover, a local organization, the “El Nadeem Center for theRehabilitation of Victims of Torture and Violence”, has been subjected to threatsof closure, assets freezing and administrative harassment for conductingactivities beyond its victims’ assistance mandate, such as producing torturereports and statistics.[4]

Despite all this, Egypt was last year awarded a seat on the Human Rights Council until2020. The council is made of 47 Member States, elected based on candidates’“contribution to the promotion and protection of human rights, as well as theirvoluntary pledges and commitments in this regard”.

About the World Organisation Against Torture (OMCT)

OMCT is short for the WorldOrganisation Against Torture – in French, as the organization created in 1985is headquartered in Geneva, Switzerland. OMCT works for, with and through aninternational coalition of over 200 non-governmental organizations – theSOS-Torture network – fighting torture, summary executions, enforceddisappearances, arbitrary detentions, and all other cruel, inhuman anddegrading treatment or punishment in the world.

[2] AmnestyInternational Report, Egypt: ‘Officially, you do not exist’ – Disappeared andtortured in the name of counter-terrorism..

[3] For moreinformation, see the Observatory for the Protection of Human Rights Defenders’ UrgentAppeal.

[4] For moreinformation, see the Observatory for the Protection of Human Rights Defenders’ UrgentAppeal..