English
Français
Español
Geneva-Manila, June 2013. The World Organization Against Torture (OMCT)and its local partner Children’s Legal Rights and Development Center (CLRDC)have promoted a mission from 10 to 15 june 2013, in order to conduct monitoringvisits to juvenile detention centres in the city of Manila. 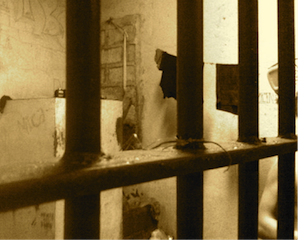 During the mission three centres were visited (Navotas Holding Centrefor Youth, Bahay Sabdigan Centre and Yakap Bata Centre) and interviews wereconducted with children detained. OMCT also met with authorities of the Councilfor the Welfare of Children and authorities of the Swiss Embassy to discuss theconditions and treatment of children in conflict with the law in the Philippines.

OMCT expresses its concern over the poor conditions of the detentioncentres that were visited and notices with great concern that abandoned andhomeless children are placed in detention together with children who are inconflict with the law.

Authorities claimed that they were placed there due to the lack ofappropriate places to receive them.

A number of children claimed that violence in the detention centresincluded beating, kicking, slapping, hitting with woods and metal bars and thattorture also happened in police stations, during their arrest.

OMCT recalls that the deprivation of liberty of a child must always be ameasure of last resort and for the minimum necessary period. Children deprivedof liberty are in a situation of special vulnerability and must be entitled to specialmeasures of protection in order to guarantee their safeguard and humanetreatment.

Torture and violence
Rights of the child