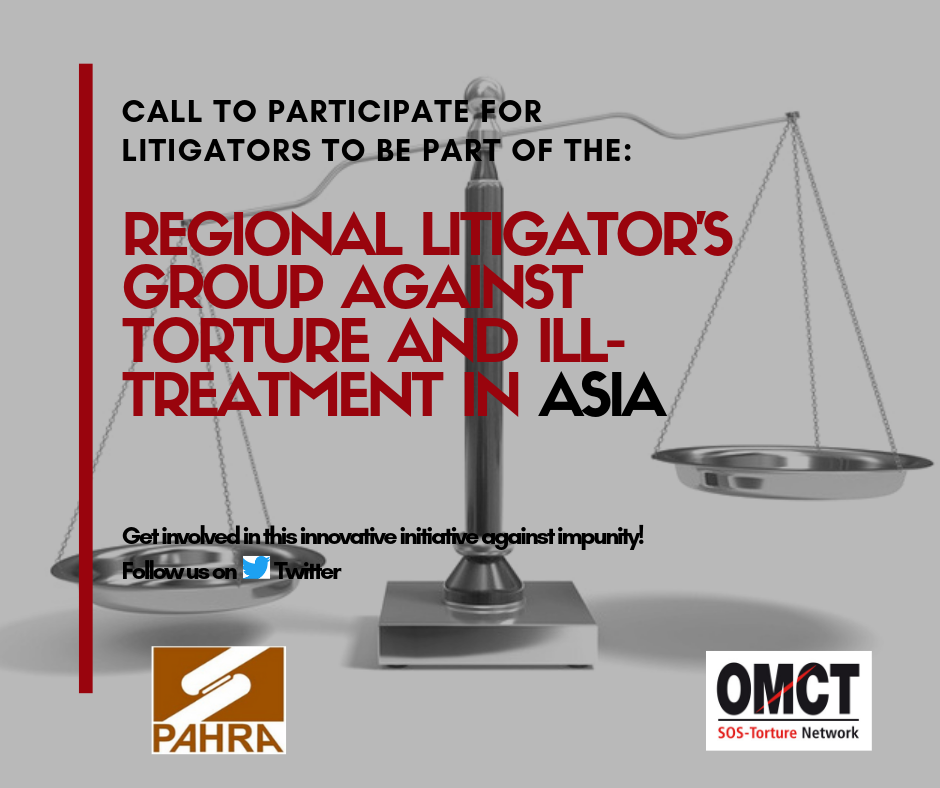 “As long as there is impunity, there willbe torture.” The World Organisation Against Torture (OMCT) Secretary General Gerald Staberock, speakingon the occasion of the launch of three SOS-Torture Regional Litigators’ Groups in Africa, Asia and Latin America, expressedthe frustration of anti-torture organisations around the world. “Despite Conventions and ratifications andeven new national laws, all too often violators are simply not brought tojustice in their own countries, victims of torture and other abuses are leftwithout a remedy, and as a result the rest of society remains as vulnerable asever – this cannot, must not be allowed to continue.”

Anti-torturelitigation is never an easy task and never business as usual. As litigators andactivists we face multiple challenges: torture and other ill-treatment isclouded in secrecy; law and order forces systematically deny wrong doing; victimsand witnesses as well as lawyers and defenders are often threatened with reprisalsand intimidation; victims who most commonly have to withstand a hostile legalsystem suffer trauma requiring special support; and not the least – the generalpublic is repeatedly told to tolerate state abuse for a higher good, security. Anti-torturelitigation in the SOS-Torture Network have brought important victories in thepast, but its use has been too sparse.

Tocounter this, the OMCT and its CSO partners around the world will build ontheir experience in litigation and training, both in domestic and internationalfora, in order to bring this work to new levels. The initiative supports litigationnot in isolation but along with victim assistance such as medical, social orlegal support; experience sharing on effective documentation and investigationof torture; the development of best practices to protect against reprisals andintimidation; and broader advocacy, visibility and communication strategies toaccompany and boost public awareness of legal action that fundamentally affectsthe public good.

Litigationis fundamental to generate greater accountability and to obtain reparation forvictims of torture and other cruel, inhuman or degrading treatment or punishment,including comprehensive rehabilitation. However, without platforms that enablecontinued engagement and knowledge sharing among litigators committed to thefights against torture, strategic litigation will remain an underused tool, andcivil society organisations active in the fight against torture and impunity willcontinue facing serious obstacles to defend victims of torture andill-treatment.

“This anti-impunity initiative will providea platform for experienced litigators in the SOS-Torture Network to identifyand use innovative strategies in defence of victims of torture andill-treatment in their quest for justice”, stated GeraldStaberock, Secretary General of OMCT. “Torture is a persistent challenge worldwidewhich needs collective work – linking civil society, litigators, victimassistance and advocacy –to bring about real, felt change on the ground”,he added.

How it works and how you can apply:


Each regionalSOS-Torture Litigators’ Group will initially be made up of fifteen litigators,who will be expected to actively pursue their cases and engage with therespective groups during a two-year period through both in-person and remote(webinar) workshops and exchanges. The litigators need to be connected tomembers of the SOS-Torture Network or other CSO partners. The supporting CSOswill be expected to accompany and provide support to the litigator with regardsto the legal and advocacy strategy surrounding the cases.

A firstin-person seminar is expected to take place during the first quarter of 2019. TheLatin American Litigators’ Group will meet in Mexico, the African Group willmeet in Togo, and the Asian Group will meet in the Philippines. The workinglanguages of these three groups will be conducted in French, English andSpanish, respectively. Direct assistance to victims of torture, includinglegal, medical, psychological or social assistance in 150 cases will be available tolitigators and CSOs through the OMCT’s Urgent Assistance Fund for Victims ofTorture.

Ifyou want to join the fight against impunity in torture cases worldwide – applytoday!


See the call for participants for each region for more information andapplication requirements: