Restrictions on freedom of movement

The Observatory for the Protection of Human Rights Defenders, a partnership of the World Organisation Against Torture (OMCT) and FIDH, has received new information and requests your urgent intervention in the following situation in Egypt. 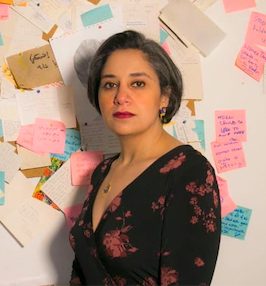 The Observatory has been informed by reliable sources about the rejection of the appeals of Nazra for Feminist Studies[1] and its Executive Director Ms. Mozn Hassan against the assets freeze order imposed on the NGO as well as against the travel ban imposed on Ms. Hassan since 2017 and 2016 respectively.

According to the information received, on July 18, 2020, the North Cairo Criminal Court rejected both the requests to overturn the travel ban decision imposed on Ms. Mozn Hassan and the asset freeze order imposed on Nazra for Feminist Studies within the framework of case No. 173/2011, also known as the “NGO Foreign Funding case”.

Ms. Mozn Hassan was included in case No. 173/2011, which targets numerous civil society organisations and leaders in Egypt, in March 2016 and her assets as well as the assets of her organization were frozen by the North Cairo Elementary Court on January 11, 2017. Furthermore, Ms. Hassan has been under travel ban since June 2016.

The Observatory strongly condemns the ongoing judicial harassment against Ms. Mozn Hassan and Nazra for Feminist Studies, which only aims at silencing their peaceful and legitimate activities in defense of women rights, and urges the Egyptian authorities to put an end to all forms of harassment, including at the judicial level, against them and all human rights defenders in Egypt.

Since 2011, the Egyptian Government has launched a judicial harassment campaign against civil society organisations on the pretext that they received unauthorised foreign funding under criminal case No. 173/2011, known as the “NGO Foreign Funding case”.

On March 22, 2016, Ms. Mozn Hassan was summoned to appear before New Cairo Court in relation to criminal case No. 173/2011, together with two other members of her association. On March 29, 2016, the judge notified their lawyers that he would have specified an appointment for them to review the case papers and that he would then have summoned Ms. Hassan for another day.

On June 27, 2016 Ms. Hassan was informed by authorities at the Cairo International Airport that a travel ban had been imposed on her, under the framework of the “NGO Foreign Funding Case”. Ms. Mozn Hassan had attempted to travel to participate in the Executive Committee meeting of the Women Human Right Defenders Regional Coalition for the Middle East and North Africa, taking place during the period of June 27 to July 1, 2016.

On December 12, 2016, the investigative judge requested the North Cairo Court to freeze the assets of Ms. Mozn Hassan, as well as the assets of her organisations. On January 11, 2017 the North Cairo Elementary Court accepted his request and froze Ms. Hassan’s personal assets and those of her association.

On June 18, 2018, Ms. Mozn Hassan was summoned by the investigative judge of the Cairo Court in Fifth Settlement District, in relation with criminal case No. 173/2011 on Foreign Funding, and detained.

On June 20, 2018, Ms. Hassan was released by the Cairo Court in Fifth Settlement District upon payment of a 30’000 EGP (approximately 1’450 EUR) bail. However, she is still facing charges of “establishing an entity in violation of the law”, “conducting activities that do not abide by the purposes of the organization with the intention of harming national security”, “receiving foreign funding with the intention of harming national security” and tax evasion within the framework of case No. 173/2011.

Please write to the authorities of Egypt asking them to:

i. Guarantee in all circumstances the physical and psychological integrity of Ms. Mozn Hassan and all human rights defenders in Egypt;

ii. Guarantee in all circumstances the freedom of movement and association of Ms. Mozn Hassan, by immediately and unconditionally lifting her travel ban as well as the assets freezes imposed against her and Nazra for Feminist Studies, as they aim only at sanctioning their legitimate human rights activities;

iii. Put an end to all acts of harassment, including at the judicial level, against Ms. Mozn Hassan and all human rights defenders in Egypt, and ensure that they are able to carry out their activities without hindrance;

iv. Conform with the provisions of the UN Declaration on Human Rights Defenders, adopted by the General Assembly of the United Nations on December 9, 1998, especially Articles 1 and 12.2; and

v. More generally, ensure in all circumstances the respect for human rights and fundamental freedoms in accordance with the Universal Declaration of Human Rights and with international and regional human rights instruments ratified by Egypt.

Please also write to the diplomatic missions or embassies of Egypt in your respective country.

The Observatory for the Protection of Human Rights Defenders (the Observatory) was created in 1997 by the World Organisation Against Torture (OMCT) and FIDH. The objective of this programme is to intervene to prevent or remedy situations of repression against human rights defenders. FIDH and OMCT are both members of ProtectDefenders.eu, the European Union Human Rights Defenders Mechanism implemented by international civil society.

[1] Nazra for Feminist Studies (Nazra) was created in 2007 to foster the development of feminist movements in Egypt and in the MENA region. Since 2011, Nazra has documented human rights violations in particular with regard to the alarming number of sexual assaults on women during the public protests during and after the Egyptian revolution, and played a central role in ensuring that victims have access to medical, psychological and legal services.