Obstacles to freedom of movement

The Observatory for the Protection ofHuman Rights Defenders, a partnership of the World Organisation Against Torture(OMCT) and FIDH, requests your urgent intervention in the following situationin the Philippines.

The Observatoryhas been informed by reliable sources about the arbitrary arrest, judicialharassment, and imminent deportation ofSister Patricia Fox,an Australian nun who has lived in the Philippines for almost 30 years, and isknown as an advocate for agricultural workers, indigenous peoples, urban poorand peasants’ rights[1]. 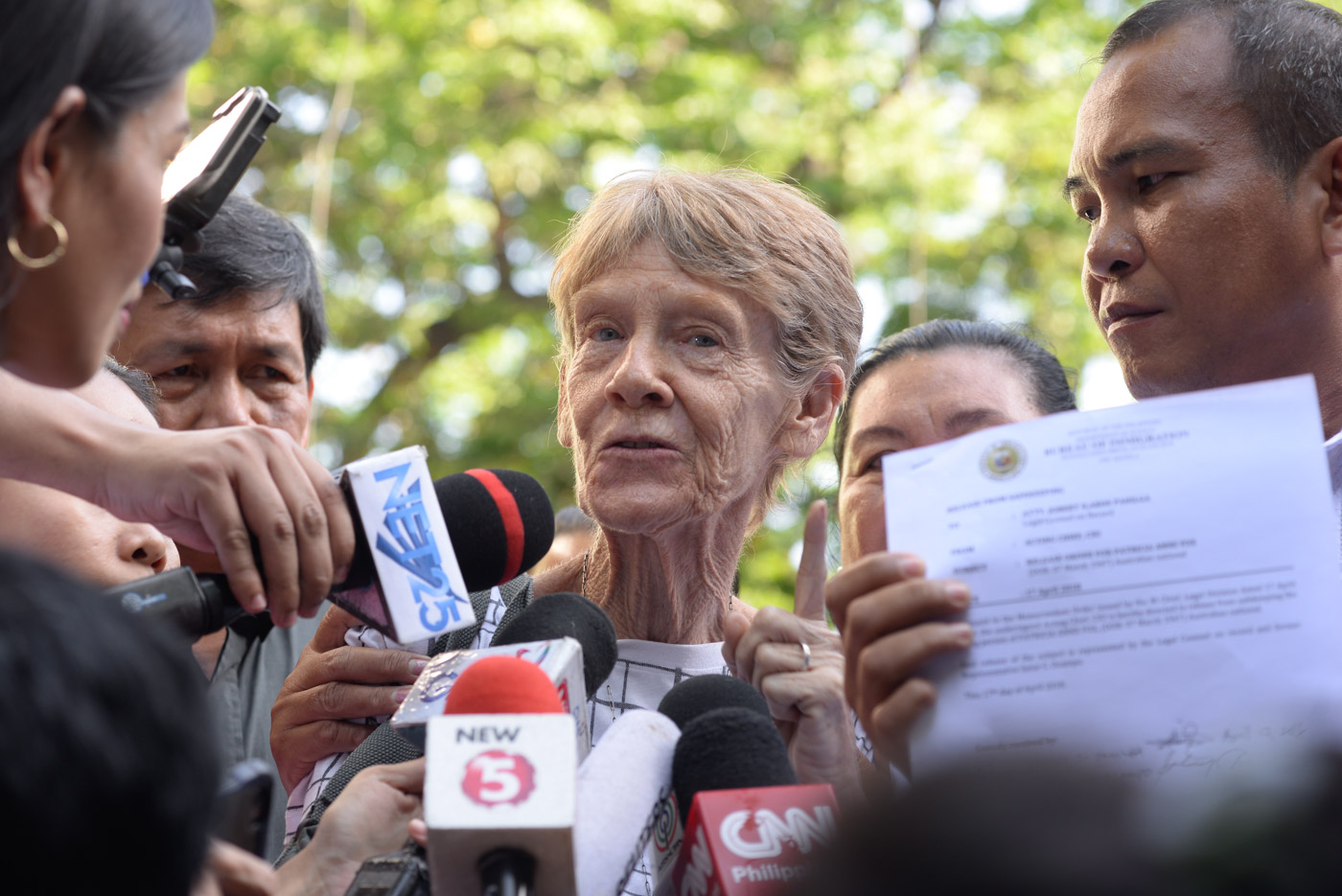 Accordingto the information received, on April 16, 2018, at around 2:30 pm, sixuniformed intelligence officers from the Bureau of Immigration visited SisterPatricia’s missionary home in Project 3, QuezonCity, Metro Manila. The officersthen “invited” her to the Bureau of Immigration for a random check andverification of her immigration papers and status. The officers showed Sister Patricia an order”but did not provide her with a copy of the document.

Afterarriving at the Bureau of Immigration office in Manila at around 4:00 pm, theofficers provided a Miranda warning to Sister Patricia andtold her she was under arrest for “illegal political activities”. They alsotold her that she was an “undesirable alien”, and that she would be detainedovernight and deported the following day. No documents indicating the chargeswere provided to her. She was released in the afternoon the following day andgiven 10 days to respond with a counter-affidavit.

OnApril 18, 2018, President Rodrigo Duterte announced that he had personallyordered Sister Patricia be investigated for alleged “disorderly conduct”. It isbelieved that Sister Patricia’s arrest was a result of her participation in recent rallies demanding the release of political prisoners and urgingPhilippine authorities to respect human rights. On April 6-9,2018, she also visited detained farmers in TagumCity, Davao del Norte Province, and workers on strike as part of anInternational Fact-Finding and Solidarity Mission (IFFSM) conducted by humanrights and farmers’ organizations in Mindanao. The purposeof the IFFSM was to investigate human rights violations under Martial Law.

OnApril 25, 2018, the Bureau of Immigration issuedan order based on Section 9 of the Philippine Immigration Act of 1940,forfeiting Sister Patricia’s missionary visa and downgrading it to a temporaryvisa, as a result of having “engaged in activities that are not allowed underthe terms and conditions of her visa”. The Bureau of Immigration also orderedher to leave the country within 30 days.

The Observatory stronglycondemns the arbitrary arrest and deportation order against Sister Patricia,which is an attempt by the Philippine Government to prevent her from continuingher work as a human rights defender, and particularly aims at sanctioning herdefence of the rights of peasants, indigenous peoples, and the urban poor inthe country.

The Observatory urges theGovernment of the Philippines to reconsider its decision and to allow SisterPatricia to continue working tosupport local communities in the country.

The Observatory further recallswith grave concern the increasingly hostile environment and surge of attacksagainst human rights defenders in the Philippines under President Duterte.

Please write tothe authorities in the Philippines, urging them to:

i. Allow Sister Patricia Fox to stay in the Philippines and continue tocarry out her human rights activities;

ii. Guarantee, in all circumstances, the physical and psychologicalintegrity of all human rights defenders in the Philippines;

iii. Put an end to all forms of harassment against Sister Patricia, as well as all humanrights defenders in the Philippines, and ensure in all circumstances that theyare able to carry out their legitimate activities without any hindrance andfear of reprisals;

iv. Conform with the provisions of the UN Declaration on Human RightsDefenders, adopted by the General Assembly of the United Nations on December 9,1998, especially its Articles 1 and 12.2;

Pleasealso write to the diplomatic mission or embassy of the Philippines located inyour country.

TheObservatory for the Protection of Human Rights Defenders (the Observatory) wascreated in 1997 by the World Organisation Against Torture (OMCT) and FIDH. Theobjective of this programme is to prevent or remedy situations of repressionagainst human rights defenders. OMCT and FIDH are both members of ProtectDefenders.eu, theEuropean Union Human Rights Defenders Mechanism implemented by internationalcivil society.