The Observatory for the Protection of Human Rights Defenders, apartnership of FIDH and the World Organisation Against Torture (OMCT), requestsyour urgent intervention in the following situation in Turkey. 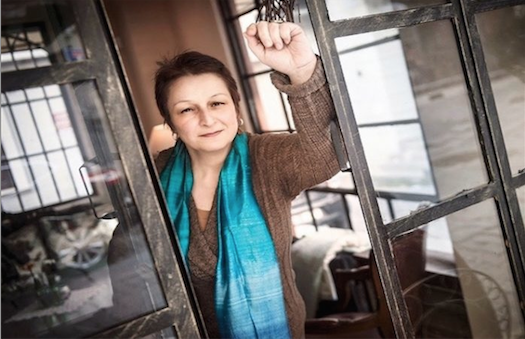 The Observatory has been informed by reliable sources about thearbitrary detention and judicial harassment of Dr. İştar Gözaydın, professor of law and politics and founder of thehuman rights NGO the Helsinki Citizens Assembly. She was also the Head ofDepartment of Sociology at Gediz University, Izmir Province, until she wasrelieved of her functions on July 21, 2016, when the University was closed downunder the State of Emergency[1].

According to the information received, on December 28, 2016, Dr. İştarGözaydın was formally arrested on suspicion of “being a member of an armed terrororganisation” on the basis of alleged testimonies from a secret witness and anintelligence report. Dr. İştar Gözaydın had been taken into custody from herhouse on December 20, 2016 at 6 am by the police of Financial and OrganisedCrimes Department of the Directorate General of Security with an arrest warrantissued by İzmir Prosecutor, and was brought on the same day to İstanbul byplane. She was detained at the remand centre of the police until December 28, whenshe was returned to Izmir by plane.

She has since been detained at Şakran prison, İzmirProvince. Her arbitrary detention and judicial harassment are part of the FETÖ/PDY(Fethullahist Terror Organisation/ Parallel State Structure) Investigationlaunched in 2015 by İzmir Chief Public Prosecutor’s Office and OrganisedCrime Bureau Prosecutor’s Office into GedizUniversity, targeting several academics, following July’s failed coup. Theinvestigation is based on allegations that these academics are either members,or connected to terrorist organisations.

The Observatory strongly condemns the arrest, detention and judicialharassment of Dr. İştar Gözaydın and urges the Turkishauthorities to immediately and unconditionally release her as her detentionappears to be a form of retaliation for her human rights activities. Dr. Gözaydın is particularly known for her positions against capital punishment and mob violence in Turkey.

Until she is released, the Observatory calls upon the Turkishauthorities to ensure her physical and psychological integrity as well as thatany proceedings against her are carried out in full compliance with her rightto a fair trial, as protected under international law, which includes access toher lawyer.

Please write to the authorities of Turkey asking them to:

i. Guarantee in all circumstances the physical and psychologicalintegrity of Dr. İştar Gözaydın, as well as that of all human rights defenders in Turkey;

ii. Immediately and unconditionallyrelease Dr. İştar Gözaydın as her detention is arbitrary since itonly seems to aim at sanctioning her human rights activities;

iii. Guarantee her right to a fair trial, as protectedunder international law, including access to her lawyer;

iv. Put an end to all forms of harassment- including at the judicial level - against Dr. İştar Gözaydın and all human rights defenders in thecountry so that they are able to carry out their work without hindrance;

v. Comply with all the provisions of the UN Declaration on Human RightsDefenders, adopted by the United Nations General Assembly on December 9, 1998,in particular with its Articles 1, 5(b), and 12.2;

vi. Guarantee the respect of human rights and fundamental freedoms inaccordance with the Universal Declaration on Human Rights and otherinternational human rights instruments signed or ratified by the Turkey.