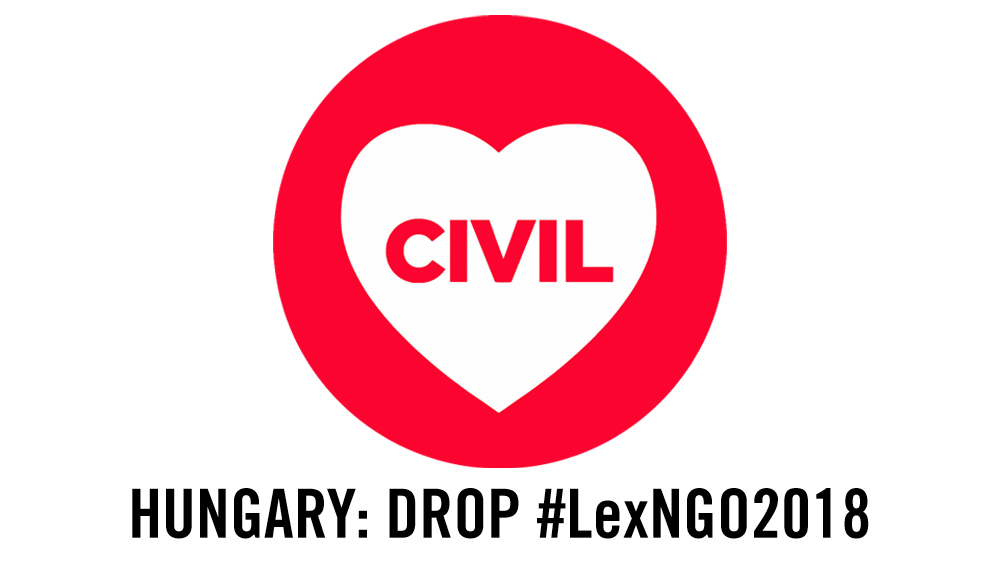 The Hungarian government hasproposed a set of laws that if adopted will have a devastating and chillingeffect on civil society.

The proposedlegislative package is part of a wider crackdown on human rights and civilsociety organisations in Hungary, which have been under attack for severalyears. It seeks to punish the legitimate work of civil society groups that defendhuman rights, provide legal and social services, and offer support to peopleseeking international protection.

The government’s goal is simple and clear: to silenceindependent and openly critical NGOs. These include organisations such as AmnestyInternational Hungary, the Hungarian Civil Liberties Union, the HungarianHelsinki Committee, among many others.

These laws create a climate of fear and suspicion

If the new legislation is adopted, the government will be able to control and restrict the activities of independent human rights organisations in Hungary.

The legislative package tabled to Parliament on 13 February, the so-called “Stop Soros” laws, would require national security clearance, a government permit and for identified NGOs that the government deems as “supporting migration”. This would include work such as campaigning, ‘influencing courts’, preparing information materials, organising networks and recruiting volunteers with the goal of sponsoring, organising or otherwise supporting the entry and stay of people seeking international protection. The laws would also require organisations to pay a tax of 25% of any foreign funding aimed at ‘supporting migration’.

Failure to meet these absurd requirements could lead to exorbitant fines, bankruptcy, and the dissolving of the NGOs targeted.

The government has presented these laws in the context of its wider anti-immigration campaign. In reality, these proposals have nothing to do with protecting national security or borders. They are a clear attempt to crush those working to assist people in need and to silence those who dare to raise their voices.

What happens if the laws are adopted?

The law states that the authorities can ‘identify’ NGOs which it deems are ‘supporting migration’. The wording is vague and open for interpretation, which gives the authorities the opportunity to target, and possibly close down, a wide range of organisations.

1. According to the proposed laws, the NGOs identified would need to get a permission from the Minister of Interior in order to continue their basic functions, including campaigning, advocacy, preparing information materials, organising networks and recruiting volunteers.

2. The Minister of the Interior would then involve national security services for security clearance. This procedure may take up to nine months.

3. The law would also require organisations to pay a tax of 25 per cent of any foreign funding aimed at ‘supporting migration’. If they refuse or are unable to pay, this could lead to high fines, deletion of the tax number, bankruptcy, and the dissolving of the organisation.


SolidarityAction with Civil Society in Hungary

The actions by the Hungariangovernment are disturbing and unjustified. Again and again the authorities havecrossed red lines but this has not remained unseen.

The defenders of rights and freedomsin Hungary are not alone, and an attack on them means an attack on all thosethat dare to speak out and protect others.

More than 250 organisations andplatforms across the world including the World Organisation Against Torture(OMCT) have signed a solidarity letter stating their grave concern over theproposed laws in Hungary, and showing their support to NGOs doing crucial workand whose very existence is at risk. With one voice, civil societyorganisations from around the world are urging the authorities to stop thecrackdown on human rights defenders.

Text of theletter and signatories:

On 13 February 2018, theHungarian government tabled to Parliament a proposed legislative pack of threelaws, commonly referred to as “Stop Soros”. The newly proposed legislationwould further restrict Hungarian civil society ability to carry out their work,by requiring organizations that “support migration” to obtain national securityclearance and a government permit to perform basic functions. The proposed lawwould also require organizations to pay a tax of 25% of any foreign fundingaimed at “supporting migration”.

Failure to do so, wouldsubject them to steps so serious that they could lead to exorbitant fines,bankruptcy, and the dissolving of the NGO involved.

These come in a contextof already shrinking space for civil society in Hungary and contraveneHungary’s obligations under international law to protect the right to freedomof association, expression and movement.

We believe the newproposals represent the latest initiative in the Hungarian government'sescalating effort to crackdown on the legitimate work of civil society groupsin Hungary seeking to promote and defend human rights, provide legal and socialservices to people in need in the country, and publicly express dissentingopinions in the press and online.

As defenders of rightsand freedoms, we want people everywhere to be able to speak out without beingattacked, threatened or jailed. Open debate on matters relating to governmentpolicies and practice is necessary in every society, and human rights defendersshould not face criminalization for voicing their sometimes dissenting voices.Countries need to put laws in place which keep human rights defenders safe fromharm, rather than introducing repressive laws that aim to silence those whospeak out.

Human rights defendersdefend the rights of people in their own communities and their countries, andin doing so they protect all of our rights, globally. Human rights defendersare often the last line of defence for a free and just society and undertakeimmense personal risks and sacrifices to do their work.

We stand in solidaritywith civil society and human rights defenders in Hungary.

They are courageouspeople, committed to creating a fairer society. Without their courage, theworld we live in would be less fair, less just and less equal.

We are calling on theHungarian Parliament to reject the proposed laws in their entirety and let theNGOs and defenders continue their work, instead of defending themselves againstsuch attacks.

The below listed organizations declare their support andsolidarity with non-governmental organizations and human rights defenders inHungary:

FIDH, within theframework of the Observatory for the Protection of Human Rights Defenders

World Organisationagainst Torture, within the framework of the Observatory for the Protection ofHuman Rights Defenders

Light for the World

Documenta – Center forDealing with the Past – Croatia

​Danuta Przywara,President of the Board, Helsinki Foundation for Human Rights Poland