The Observatory for the Protection of HumanRights Defenders, a partnership of FIDH and the World Organisation AgainstTorture (OMCT), has received new information and requests your urgentintervention in the following situation in Turkey.

TheObservatory has been informed by reliable sources about the conviction of Mr. MuharremErbey, human rights lawyer, former Vice-President of the Human RightsAssociation (IHD) and former Chairperson of IHD Diyarbakır. 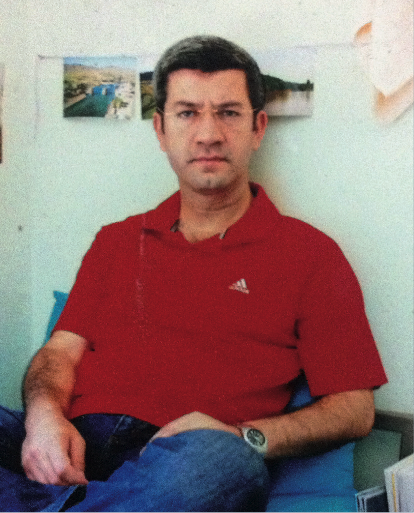 Accordingto the information received, on March 28, 2017, the Diyarbakir Heavy PenalCourt sentenced Mr. Muharrem Erbey to six years and three months in prisonafter being convicted of “being a member of an illegal organisation” pursuantto Article 314/2 of the Criminal Code. On the same trial, the Diyarbakir HeavyPenal Court further condemned 111 Kurdish figures to imprisonment and acquittedother 43. A few days after the sentencing, Mr. Erbey's lawyers filed an appealwith the Court of Cassation. Mr. Erbey is amongst the other 174 figures thatwere being prosecuted for alleged membership to the Kurdish Communities Union(KCK).

The Observatory expressesits deepest concern as the conviction of Mr. Erbey appears to be linked to hishuman rights activities as a high-profile human rights lawyer (see backgroundinformation). Therefore, the Observatory urges the Turkish authorities to putan end to all forms of harassment, including at the judicial level, against Mr.Muharrem Erbey.

The Observatory moregenerally urges the authorities of Turkey to refrain from further harassing human rightsdefenders, and to ensure they are able to carry out their workwithout hindrance or fear of reprisals. It also calls on the Turkishauthorities to conform to the United Nations Declaration on Human RightsDefenders, the Universal Declaration of Human Rights and other internationaland European human rights instruments ratified by Turkey.

On December 24, 2009, Mr.Erbey was arrested as part of mass counter-terrorism operations that in facthave little to do with countering terrorism, but rather have been used as ameans of criminalising peaceful dissent and Kurdish political and culturalexpression. His arrest was based on his alleged membership to the KCK, anorganisation said to be the “urban branch” of the armed Kurdistan Workers Party(PKK). He was charged with “being a member of an illegal organisation”,pursuant to Article 314 of the Turkish Criminal Code.

Mr. Erbey is amongst the 154 people prosecuted under the “KCK trials”,which have been ongoing since April 2009. On April 12, 2014, the DiyarbakirHeavy Penal Court No. 2 decided for the provisional release of Mr. Erbey due toa lack of evidence, after he had been for more than four years in pre-trialdetention.

Please write to the authorities in Turkey,urging them to:

i. Guarantee in all circumstances the physicaland psychological integrity of Mr. MuharremErbey as wellas of all human rights defenders in Turkey;

ii. Put an end to all forms of harassment,including at judicial level, against Mr.Muharrem Erbey,as well as all human rights defenders in Turkey;

iii. Comply with all the provisions of theUnited Nations Declaration on Human Rights Defenders, in particular with itsArticle 1, 2, 5 and 12.2;

iv. Ensure in all circumstances respect forhuman rights and fundamental freedoms in accordance with international humanrights standards and international instruments ratified by Turkey.

Please also write to the diplomatic mission or embassy of Turkeyin your respective country.

Kindly inform usof any action undertaken quoting the code of this appeal in your reply.

The Observatoryfor the Protection of Human Rights Defenders (the Observatory) was created in 1997by FIDH and the World Organisation Against Torture (OMCT). The objective ofthis programme is to intervene to prevent or remedy situations of repressionagainst human rights defenders. FIDH and OMCT are both members of ProtectDefenders.eu, the EuropeanUnion Human Rights Defenders Mechanism implemented by international civilsociety.