The Observatory for the Protectionof Human Rights Defenders, a partnership of the World Organisation AgainstTorture (OMCT) and FIDH, requests your urgent intervention in the followingsituation in Maldives.

TheObservatory has been informed by reliable sources about death threats andharassment against Ms. Shahindha Ismail,Executive Director of the Maldivian Democracy Network (MDN). 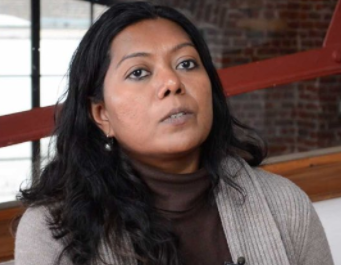 According to the information received, Ms. Shahindha Ismail hasreceived several death threats that were posted on anonymous accounts onTwitter and Facebook, following the publication of news articles on the Vaguthu Online newspaper on December 28,2017 over an alleged anti-Islamic tweet posted by Ms. Ismail on December 21,2017. Ms. Ismail tweeted in response to President Yameen Abdul Gayoom’sstatement that he would not allow for any religion but Islam. Ms. Ismail’stweet read: “Religions other than Islam exist in thisworld because Allah allowed for it. No other religion would existotherwise, is it not?”. The articles published accused her ofblasphemy and branded her an apostate, two crimes that carry serious legalpenalties in Maldives, including the death penalty in some cases. Deaththreats were also made through comments posted in response to the Vaguthu Online articles.

Moreover, on December 28,2017, the Maldives police announced that they hadlaunched an investigation against Ms. Shahindha Ismail under theReligious Unity Act, which carries a five-year jail term, in relation to theabove-mentioned Twitter post. Shortly before the launching of theinvestigation, the Ministry of Islamic Affairs had issueda statement calling for anti-Islamic speech to be put to an end. On the otherhand, no investigation was carried out into the threats and acts ofintimidation against Ms. Ismail.

The Observatory fears that Ms. Shahindha Ismail is beingtargeted because of her criticism of President Yameen Abdul Gayoom’s humanrights record. In particular, Ms. Ismail is a strong advocate against religious fundamentalism inMaldives and has been a vocal critic of lawenforcement agencies’ inaction and impunity regarding the ongoing disappearanceof journalist Ahmed Rilwan and themurder of Mr. Yameen Rasheed, a human rights activist and bloggerin Maldives[1].


The Observatory strongly condemns theabove-mentioned death threats and harassment against Ms. Shahindha Ismail andurges the authorities of Maldives to guarantee in all circumstances her physical and psychologicalintegrity.

Pleasewrite to the authorities of Maldives, urging them to:

i.Guarantee in all circumstances the physical and psychological integrity of Ms.Shahindha Ismail and all human rights defenders in Maldives;

ii. Carry out an immediate, thorough,impartial, and transparent investigation into the above-mentioned threatsagainst Ms. Shahindha Ismail in order toidentify all those responsible, bring them before an independent tribunal, andsanction them as provided by the law;

iii.Put an end to all acts of harassment - including at the judicial level -against Ms. Shahindha Ismail as well as against all humanrights defenders in the country so that they are able to carry out theirwork without hindrance;

v. Ensure in all circumstancesrespect for human rights and fundamental freedoms in accordance with theUniversal Declaration on Human Rights and other international human rightsinstruments signed or ratified by Maldives.

Pleasealso write to the diplomatic representations of Maldives in your respectivecountries.

The Observatory for the Protection of Human Rights Defenders (theObservatory) was created in 1997 by the World Organisation Against Torture(OMCT) and FIDH. The objective of this programme is to prevent or remedysituations of repression against human rights defenders. OMCT and FIDH are bothmembers of ProtectDefenders.eu, the European Union Human Rights Defenders Mechanism implemented byinternational civil society.