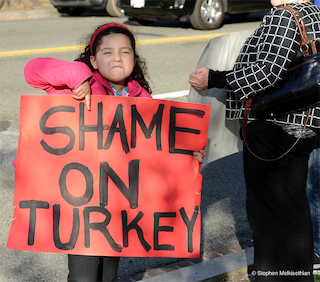 On 5 July 2017, ten participants in a human rights trainingmeeting were detained at Büyükada, one of the Princes' Islands near İstanbul,Turkey. The group consisted of eight representatives of Turkish civil societyorganisations working on human rights and two foreign consultants on digitalsecurity and information management. By the afternoon of July 6, the lawyers ofthe detained persons learned that their clients are being investigated formembership of an armed organization, a terrorist offense, and will stay ininvestigative detention initially for seven days.

The undersigned organisations, national and internationalhuman rights NGOs from the OSCE region, members of the Civic SolidarityPlatform, strongly reject this operation by the Turkish authorities. We appealfor the immediate and unconditional release of the detained persons,participants in a peaceful meeting to advance human rights. Human rights workshould not be criminalized. Civil society work for human rights is an importantcontribution to a healthy society. Holding a meeting on human rights is not aterrorist conspiracy.

In the past years, human rights defenders have on severaloccasions been targeted by governmental repression. This latest attack on humanrights defenders comes amidst a wave of repression after the failed coupattempt of 15 July 2016 which has affected a much wider group of persons thanthose who may have been directly involved in the coup attempt, includingjournalists, lawyers and politicians. Only last month, Taner Kiliç, thepresident of Amnesty International Turkey, was arrested together with 22 otherlawyers.

23. KazakhstanInternational Bureau for Human Rights and the Rule of Law