The Observatory for the Protection of Human Rights Defenders, a partnership ofthe World Organisation Against Torture (OMCT) and FIDH, has received newinformation and requests your urgent intervention in the following situation inIndia. 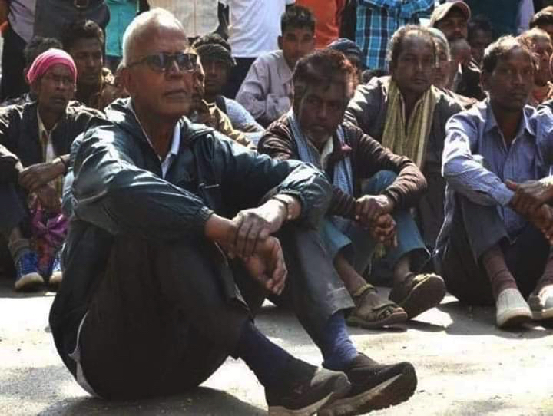 According toinformation received, on November 26, 2020, the Special National InvestigationAgency (NIA) Court in Mumbai rejected Mr. Stan Swamy’s request for a straw, a sipperbottle and winter clothes, which had been allegedly confiscated by the NIA atthe time of his arrest. During the hearing, the NIA falsely denied havingconfiscated Mr. Swamy’s items.

Mr. Swamy had lodgedhis request on November 6, 2020, as he is unable to hold a glass due to hisadvanced Parkinson’s disease. Furthermore, Mr. Swamy suffers from a hearingimpairment, fell in the jail on multiple occasions, and suffers from severepain in his lower abdomen as a result of two surgeries.

On November 29, 2020,the Taloja jail authorities provided Mr. Swamy with a sipper bottle, followingwidespread outcry over the refusal to provide him with adequate medicalcare.

The Observatoryexpresses its utmost concern over the health condition of Mr. Stan Swamy, which is likely to deteriorate in theovercrowded Taloja jail as a result of not receiving adequate care. His age and the fact that he is suffering fromadvanced Parkinson’s disease is also putting him at an increased vulnerabilityof contracting COVID-19.

TheObservatory further expresses its deepest concern about the ongoingarbitrary detention and judicial harassment of Mr. Stan Swamy, which seem to be only aimed atpunishing him for his legitimate human rights activities.

TheObservatory calls upon the Indian authorities to immediately andunconditionally release Mr. StanSwamy, and to put an end to all acts of harassment, including at thejudicial level, against him and all other human rights defenders in thecountry.

On October 8, 2020, Mr. Stan Swamywas arrested withoutany warrant by NIAofficials athis residence in Ranchi, Jharkhand. On October 9, 2020, he was transported toMumbai, Maharashtra State, where he was remanded inTaloja jail.

Mr. Swamy was arrested for his alleged involvement in the “BhimaKoregaon case”, in connection with caste-based violence that broke out duringElgar Parishad, a Dalit commemoration of the anniversary of a battle the Dalits won 200 years ago against thePeshwas (upper caste rulers), at BhimaKoregaon, Maharashtra State, on January 1, 2018.

i. Guarantee, in all circumstances, the physical integrity andpsychological well-being of Mr. StanSwamy, and give himimmediate and unconditional access to the medical attention he requires;

ii. Immediately and unconditionallyrelease Mr. Stan Swamy and all other human rights defenders arbitrarilydetained in India, since their detention is arbitrary andseems to be merely aimed at sanctioning their legitimate human rightsactivities;

iii. Put an end to all acts of harassment - including at the judiciallevel - against Mr. Stan Swamy and all other human rights defenders in India, and ensure that they areable to carry out their legitimate activities without any hindrance and fear ofreprisals in all circumstances;

iv. Conform tothe provisions of the Declaration on Human Rights Defenders, adopted onDecember 9, 1998 by the United Nations General Assembly, in particular itsArticles 1 and 12.2.;

Please also write to the diplomatic mission or embassy of India locatedin your country.

The Observatory for the Protection of Human Rights Defenders (theObservatory) was created in 1997 by the World Organisation Against Torture(OMCT) and FIDH. The objective of this programme is to prevent or remedysituations of repression against human rights defenders. OMCT and FIDH are bothmembers of ProtectDefenders.eu, the European Union Human Rights Defenders Mechanismimplemented by international civil society.

[1] Fifteenyears ago, Mr. Stan Swamy founded the Jesuit social research and trainingcentre “Bagaicha” in Ranchi, Jharkhand, with which he has tirelessly workedagainst illegal land acquisitions and forced displacement of Adivasicommunities, as well as discrimination and human rights violations againstthem.