Geneva-Paris-Stuttgart-Dublin-Brussels-Madrid-TheHague-Barcelona-Bern, 5 February 2019 – More than one year since the arbitrarydetention of Marco Antonio Suástegui Muñoz and 16 other members of CECOP in thestate of Guerrero, international organisations insist that any impartialanalysis of the situation would require their release at a hearing, tomorrow, 6February 2019.

One year ago, on 7January 2018, a confrontation between members of the Community Police (CRAC-PC)and armed civilians in the community of La Concepción (Guerrero) left 8 peopledead. A subsequent security operation, including elements of the State andFederal Police and the Army, resulted in 3 people being extrajuducially killedand at least 25 people detained arbitrarily, most of them members of Consejo deEjidos y Comunidades Opositoras a la presa la Parota (CECOP).

The arbitrary arrestswere made without warrants, which was justified by the State Attorney Generalon the grounds that there were weapons and drugs present. However, the initialinvestigation failed to substantiate these allegations and within a few hoursan arrest warrant for homicide was issued. These actions demonstrate that thejustice system was manipulated to detain these individuals and keep them incustody for a crime that had no legal or factual basis. In all the cases, therewas ill-treatment, and in at least eight of them, torture. Additionally,lawyers and members of Centro de Derechos Humanos de la Montaña Tlachinollanwere publicly defamed for legally representing the detainees.

More than a yearsince the arbitrary detention, human rights defender Marco Antonio SuásteguiMuñoz and 16 other members of CECOP and the Community Police are still deprivedof their freedom. 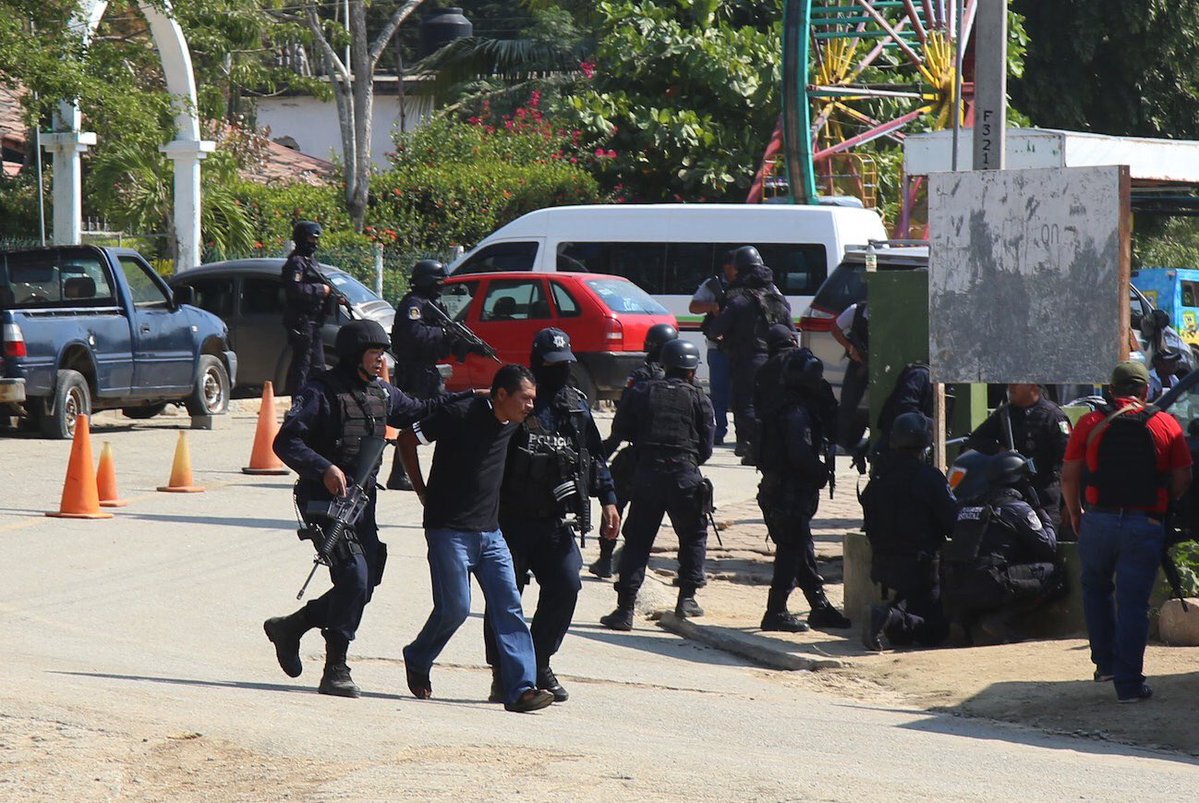 Despite evidencedemonstrating that several of the detainees were not at the scene and thatseveral of them were tortured, the judicial authorities have yet to fullyevaluate the testimony of the accused, and have failed so far to investigatethe acts of torture and serious human rights violations committed by thesecurity forces.

We express our graveconcern that these human rights violations were committed against human rightsdefenders from CECOP and CRAC-PC on account of their legitimate work defendingindigenous rights related to land and territory and in confrontation with ahydroelectric project that threatens the subsistence and security of the localcommunities.

Our organisationsreiterate our concern for a pattern of criminalisation in Mexico that silencesthe voices of human rights defenders; a pattern that has been corroborated bythe UN Working Group on Arbitrary Detention. In recent years, it has issued 8Opinions in which it declared the detention of 32 HRDs as arbitrary anddemanded their immediate release.

Tomorrow, 6 February,an intermediate hearing will be held in the Court of Control and CriminalProceedings in the Judicial District of Tabares, in which evidence will bepresented and the judge will determine the future of the trial. This is acritical hearing since it will be decided whether the evidence obtained undertorture and other evidenced that has been discredited by the defence will betaken into account. Should the judge reject this evidence, the 17 HRDs shouldbe released.

For these reasons,our organisations demand an end to the arbitrary detention of Marco AntonioSuástegui Muñoz and the 16 other members of CECOP and the Community Police.Additionally, we demand that an independent and impartial investigation beinitiated into the serious human rights violations that have been reported,including the abuse of law and the allegations of torture, ill-treatment and extrajudicialexecutions.