On 17 July 2019, also the WorldDay for International Justice, the Burundian Court of Appeal of Ntahangwa confirmedthe sentence of human rights defender Germain Rukuki. The decision was issued ina public hearing without Germain and his defence being notified. On 22 July, sixdays after the decision was issued, they were finally informed. 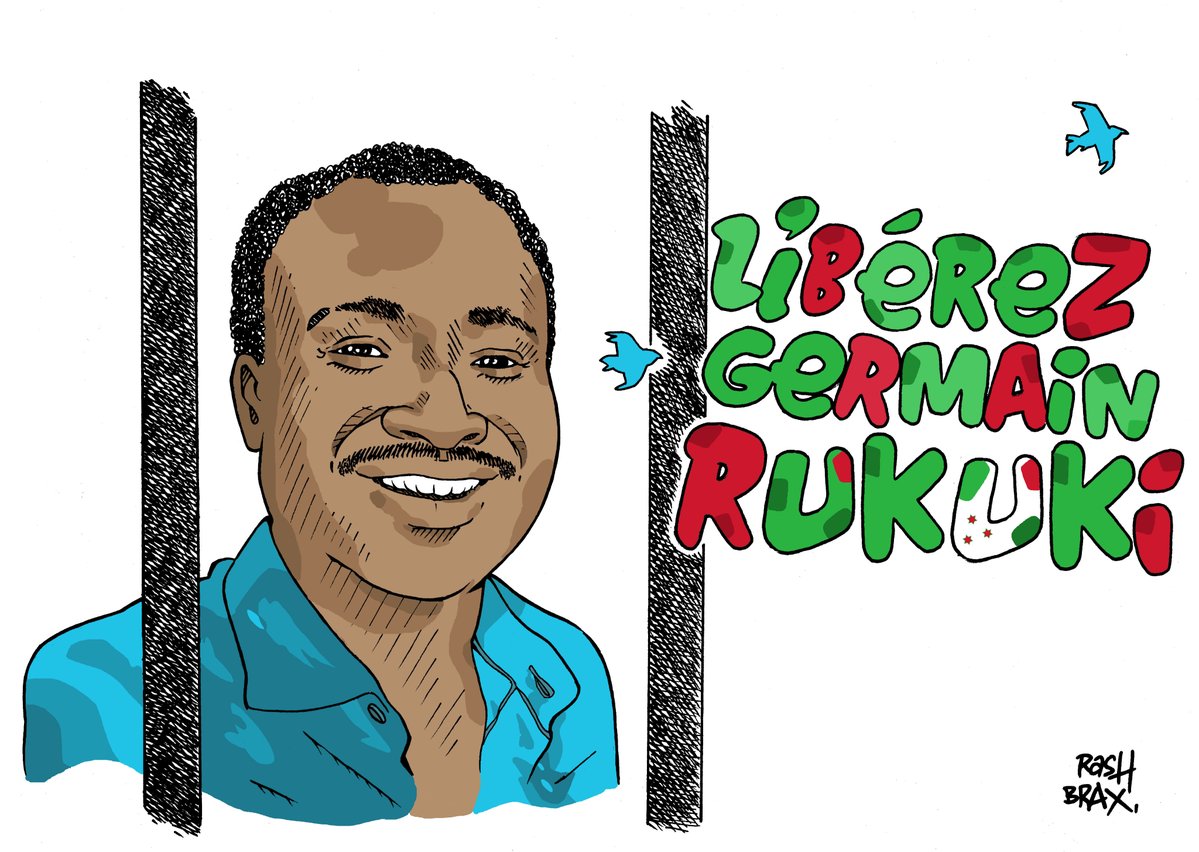 Arrested at home two years ago on13 July 2017 and detained since then, on 26 April 2018 Germain Rukuki wassentenced to 32years in prison by the Ntahangwa High Court on charges of “rebellion”, “breach of Statesecurity”, “participation in an insurrectional movement” and "attack onthe Head of State". He appealed this conviction on 29 May 2018. In additionto the many other procedural irregularities that have affected the case, the appealdecision was eventually delivered more than 6 months after the legal deadline.

“It is with great disappointmentthat I learn of this very unfair and sad decision. The Court of Appeal did notconsider my case with all the attention and caution it deserved, but insteaddecided to simply confirm the verdict of the trial court”, declares GermainRukuki today..

Despite the attention of theinternational community and the recognition of Germain’s commitment to humanrights, the decision of the court to impose a harsh verdict on Germain Rukuki remainsnotable miscarriage of justice and the result of the unlawful criminalisationGermain has experienced since he was arrested because of his past activities asa human rights defender with the organization ACAT-Burundi. His prosecutionexposes the way in which he and other human rights defenders in Burundi areharassed and targeted through the criminal justice system simply for exercisingtheir right to defend human rights. This is also an emblematic example of thecontinuous political determination of Burundian authorities to silence humanrights defenders, or any source of dissent, in Burundi.

“Germain's place is not inprison. He must be released, close to his family and friends. The legitimacy ofhis work in achieving social justice and protecting human rights must berecognized”, Germain’s relatives and friends share today.

· Comply with international human rightsstandards, notably the right to a fair trial, to reverse and remedy this wrongfulconviction by releasing Germain immediately and unconditionally;

The support of the internationalcommunity, the diplomatic representations in Burundi, the African Union and theAfrican Commission on Human and Peoples’ Rights, as well as the Africanregional leaders in particular, remains crucial at this stage.

We therefore urge theinternational community to:

· Communicate their support and solidarity withMr. Rukuki and his family;

· Publicly condemn the harassment, arbitraryarrest and detention of human rights defenders in Burundi.

30. Fédération Internationale pour les Droits humains (FIDH), within theframework of the Observatory for the Protection of Human Rights Defenders

38. Organisation mondiale contre la torture (OMCT), within the frameworkof the Observatory for the Protection of Human Rights Defenders

• 17 July: the Court of Appeal of Ntahangwa issuestheir decision, confirming his sentence delivered on first instance. The decisionis issued in a public hearing without Germain and his defence team beinginformed, something that was only done 6 days after on 22 July.

• 31 May: A quick hearing takes place at the Courtof Appeal where the judges confirm some new competent judges, as well as thenew deadline for the appeal decision (28 June). The lost file seems to havefinally been found, without further details about its disappearance andrecovery.

• 27 March: The spokesperson for the BurundiSupreme Court tells local media that Germain’s judicial file has been misplacedduring the restructuring of the Appeals Court of Bujumbura. The loss of thefile comes in addition to other numerous procedural irregularities that had affectedthe case.

· 26 November: The appeal hearing takes placebefore the Bujumbura Court of Appeal. A 30 day window is given for the appealdecision to be delivered. It is not.

· 5 July: Human Rights Subcommittee (DROI) of theEuropean parliament callsfor the immediate release of Germain during an urgency resolution on the humanrights situation in Burundi.

· 26 June: He applies for bail under medical andhumanitarian grounds. To date no response has been given.

· 18 June: Germain is transferred back to Ngoziprison although he remains in critical condition.

· 11 June: Germain undergoes a surgical operationin Ngozi hospital after he fractures his ankle in prison.

· 29 May: Germain appeals his conviction.

· 16 May: Chair of the Human Rights Subcommittee(DROI) of the European parliament Pier Antonio Panzeri callson authorities to release Germain.

· 8 May: High Representative Mogherini issues a statementon behalf of the EU specifically mentioning the case of Germain Rukuki againstthe background of the wider human rights concerns in the country.

· 26 April: Germain is sentenced to 32 years inprison by the Ntahangwa High Court for “rebellion”, “threatening statesecurity”, “attacking the authority of the state” and “participation in aninsurrectionist movement”. Germain is acquitted oncharges of “assassination” and “destruction of public and private buildings”.Neither Germain nor his lawyers are present when the verdict is read out incourt.

• 21 August: The Court confirms his pre-trialdetention.

• 1 August: He is charged with ‘breaching theinternal security of the State’ and ‘rebellion’ by the Court of First Instanceof Ntahangwa in Burundi, on the grounds of his work with NGO ACAT-Burundi.

• 26 July: Germain is transferred to the Ngoziprison.

• 13 July: Germain Rukuki is arrested at home andbrought to the National Intelligence Service (Service National de Renseignement- SNR) facilities. He is detained and interrogated without a lawyer present.