The Observatory for the Protection of Human Rights Defenders, a joint partnership of FIDH and the World Organisation Against Torture (OMCT), requests your urgent intervention in the following situation in Thailand. 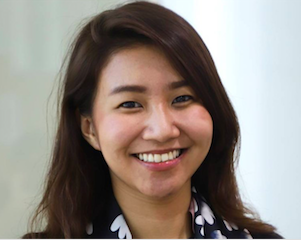 The Observatory has been informed by reliable sources about the judicial harassment against Ms. Thanaporn Saleephol, a former Communications Associate at the human rights NGO Fortify Rights, in relation to five social media engagements she posted between November 24, 2019, and January 30, 2020, to express support for fellow women human rights defenders involved in criminal defamation cases regarding labour rights abuses committed by the Thai poultry company Thammakaset Co., Ltd[1].

According to the information received, on March 30, 2020, Thammakaset filed a criminal defamation complaint against Ms. Thanaporn under Articles 326 (‘defamation’) and 328 (‘libel’) of the Thai Criminal Code. If convicted, Ms. Thanaporn faces up to 10 years in prison and a fine of up to one million Baht (approximately 27,700 Euros). The Bangkok South Criminal Court scheduled a mediation hearing between Thammakaset and Ms. Thanaporn on August 5, 2020. If the mediation fails, a preliminary hearing is set for August 17, 2020.

The complaint stemmed from two tweets and three retweets posted by Ms. Thanaporn, in which she expressed support and solidarity for Ms. Angkhana Neelapaijit[2] and Ms. Puttanee Kangkun[3]. The links mentioned in the five social media posts made reference to an open letter signed by 89 organisations and issued on February 14, 2019, which contained a hyperlink to a Fortify Rights video clip that Thammakaset considers defamatory.

The Observatory also recalls that on April 4, 2018, at the end of its 10-day visit to Thailand, the United Nations (UN) Working Group on Business and Human Rights issued a statement that urged the Thai government to “ensure that defamation cases are not used by businesses as a tool to undermine legitimate rights and freedoms of affected rights holders, [civil society organizations] and human rights defenders.”

On March 12, 2020, a group of UN human rights experts, including the UN Working Group on Business and Human Rights, condemned Thammakaset’s “continued misuse of judicial processes” to harass and silence human rights defenders.

The Observatory condemns Thammakaset’s judicial harassment against Ms. Thanaporn Saleephol, as it seems to be only aimed at punishing her for the legitimate exercise of her right to freedom of expression. The Observatory calls on Thai authorities to immediately put an end to any act of harassment, including at the judicial level, against Ms. Thanaporn Saleephol and all other human rights defenders targeted by civil and criminal defamation complaints filed by Thammakaset.

Please write to the authorities of Thailand asking them to:

i. Put an end to all acts of harassment, including at the judicial level, against Ms. Thanaporn Saleephol, and all other human rights defenders targeted by Thammakaset;

ii. Ensure in all circumstances that human rights defenders in Thailand are able to carry out their legitimate activities without any hindrance or fear of reprisals;

iii. Guarantee in all circumstances the right to freedom of opinion and expression guaranteed by Article 19 of the International Covenant on Civil and Political Rights (ICCPR);

v. Comply with all the provisions of the United Nations Declaration on Human Rights Defenders adopted by the UN General Assembly on December 9, 1998, in particular Articles 1, and 12;

Please also write to the diplomatic representations of Thailand in your respective countries.

[1] On October 4, 2017, Fortify Rights published a video clip in which Burmese migrant workers employed by Thammakaset, including Mr. Nan Win, described how the company filed criminal defamation complaints against them after the workers reported labour rights violations to the Thai authorities.

[4] See the Observatory Factsheet, “Thammakaset vs. human rights defenders and workers in Thailand”, published on May 23, 2019: https://www.omct.org/human-rights-defenders/reports-and-publications/thailand/2019/05/d25357/