TheObservatory for the Protection of Human Rights Defenders, a partnership of FIDHand the World Organisation Against Torture (OMCT) requests your urgentintervention in the following situation in Brazil.

TheObservatory has been informed by Justicia Global about the killing ofcouncillor and activist Ms. Marielle Franco. Well-known for her socialwork, Ms. Franco was elected to the city council of Rio de Janeiro in 2016 andpresided over the women’s commission. In her capacity, Ms. Franco has spokenagainst police brutality and grinding poverty as well as in support of victimsof shoot-outs with drug gangs in the favelas. In February 2018, she was chosento be a rapporteur of the commission overseeing the deployment of federalsecurity forces in Rio’s favelas. Ms. Franco was an outspoken critic of thedecision of Brazilian President Michel Temer to deploy the army in poor neighbourhoodsof Rio de Janeiro after a spike in violent crimes during carnival and in orderto contain the escalating violence since the 2016 Olympic Games. 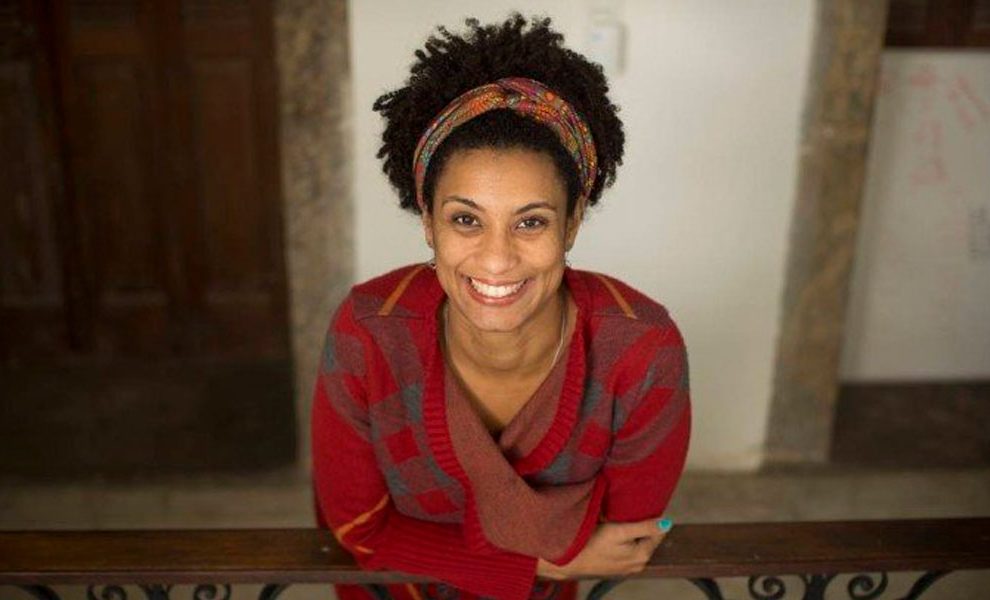 Accordingto the information received, on March 14, 2018 evening, Ms. Franco and herdriver, Mr. Anderson Pedro Gomes, were shot dead by two unidentified attackerson a downtown street in Rio de Janeiro, as they were returning from an eventencouraging black women’s empowerment in Brazil. Initial findings indicate thata car pulled up alongside hers and that thirteen shots were fired from insidethe car into the vehicle carrying the councillor and her driver. A pressofficer seated in the back of the car was injured.

TheObservatory believes that Ms. Franco was targeted as a result of her continuedengagement against police violence. Specifically, on March 10, 2018, shedenounced the heavy-handed tactics of police officers when searching residentsof gang-controlled slums. On March 13, 2018, she tweeted about the killing ofMr. Matheus Melo, a 23-year-old man in the Jacarezinho favela whose family hadblamed the military police for the killing. She said “One more homicide of a young man who may be coming in for the PM'saccount... How many more will have to die for this war to end?” She lateradded “We must speak loudly so thateverybody knows what is happening in Acari right now. The 41st Military PoliceBattalion of Rio de Janeiro is terrorizing and violating Acari residents. Thisweek two youths were killed and tossed in a ditch. Today, the police walked thestreets threatening residents. This has always happened and with the militaryintervention things have gotten worse”.

Rio’shead of public security, Richard Nunes, said there would be a “fullinvestigation” into the killing of Ms. Franco and her driver. Brazil’s publicsecurity minister, Raul Jungmann, said federal police would help investigateher killing.

TheObservatory condemns in the strongest terms the murder of Ms. Marielle Francowhich seems to be only aimed at punishing her human rights activities. It urgesthe authorities to adopt measures to ensure the effective protection of humanrights defenders in Brazil, and to conduct animmediate, thorough, impartial and transparent investigation into theassassination of Ms. Marielle Franco in order to identify all thoseresponsible, bring them before an independent tribunal, and sanction them asprovided by the law.

Please write to the authorities in Brazil, urging them to:

i. Guarantee in all circumstances the physical and psychological integrity ofhuman rights defenders in Brazil;

ii. Carryout an immediate, thorough, impartial and transparent investigation into the assassinationof Ms. Marielle Franco in order to identify all those responsible, bringthem before an independent tribunal, and sanction them as provided by thelaw;

iii.Conform to the provisions of the UN Declaration on Human Rights Defenders,adopted by the General Assembly of the United Nations on December 9, 1998,especially its Article 1 and 12.2;

Pleasealso write to the diplomatic mission or embassy of Brazil in your respectivecountry.

Kindly inform us of any action undertaken quoting the code of this appeal inyour reply.

The Observatory for the Protection of Human RightsDefenders (the Observatory) was created in 1997 by FIDH and the WorldOrganisation Against Torture (OMCT). The objective of this programme is tointervene to prevent or remedy situations of repression against human rightsdefenders. OMCT and FIDH are both members of ProtectDefenders.eu, the EuropeanUnion Human Rights Defenders Mechanism implemented by international civilsociety.