The Observatory for the Protection of Human Rights Defenders, a jointpartnership of the World Organisation Against Torture (OMCT) and FIDH, requestsyour urgent intervention in the following situation in the Philippines. 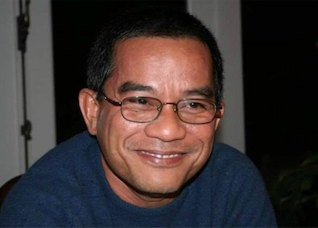 TheObservatory has been informed by reliable sources about the killing of humanrights lawyer Mr. Benjamin Ramos, a founding member of the NationalUnion of Peoples’ Lawyers (NUPL) and the Secretary General of its chapter inNegros Occidental Province. He was also a well-known advocate for peasants’rights and the Executive Director of the Paghidaet sa Kauswagan DevelopmentGroup (PDG), a non-governmental organisation assisting peasants in the sameprovince.

Accordingto the information received, on November 6, 2018, at 10:50 pm, Mr. Benjamin Ramoswas shot by motorcycle-riding gunmen in front of a store in Barangay 5,Kabankalan City, Negros Occidental Province. His body sustained at least threegunshot wounds. He was brought to the Holy Mercy Hospital in Kabankalan City,where he was pronounced dead on arrival.

The Observatory condemns in the strongest terms thekilling of Mr. Benjamin Ramos and urges the authorities of the Philippines to carry out a thorough,impartial, and transparent investigation into his murder without undue delayand to hold those responsible accountable.

Pleasewrite to the authorities of the Philippines asking them to:

i. Guarantee in allcircumstances the physical and psychological integrity of all humanrights defenders in the country;

ii. Carry out an immediate, thorough, impartial, and transparentinvestigation into the murder of Mr. Benjamin Ramos in order to identify allthose responsible, bring them before an independent tribunal, and sanction themas provided by the law;

iii. Put an end to all acts of harassment against allhuman rights defenders in the Philippines, and ensure that they are able to carry outtheir legitimate activities without any hindrance and fear of reprisals;

iv.Conform to the provisions of the UN Declaration on Human Rights Defenders,adopted by the General Assembly of the United Nations on December 9, 1998,especially its Articles 1 and 12.2;

v. Ensure in all circumstances respect forhuman rights and fundamental freedoms in accordance with international humanrights standards and international instruments ratified by the Philippines.

Please also write tothe diplomatic representations of the Philippines in your respective countries.

The Observatory for the Protection of HumanRights Defenders (the Observatory) was created in 1997 by the WorldOrganisation Against Torture (OMCT) and FIDH. The objective of this programmeis to prevent or remedy situations of repression against human rightsdefenders. OMCT and FIDH are both members of ProtectDefenders.eu, the EuropeanUnion Human Rights Defenders Mechanism implemented by international civilsociety.