TheObservatory for the Protection of Human Rights Defenders, a partnership of FIDHand the World Organisation Against Torture (OMCT), requests your urgentintervention in the following situation in Myanmar. 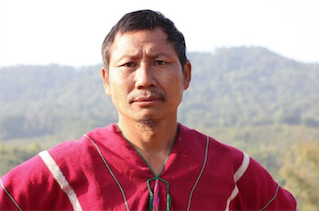 TheObservatory has been informed by reliable sources about the killing of Mr. O Moo, a member of both the MutrawEmergency Assistance Team (MEAT)[1]and Karen National Union (KNU). Mr. O Moo was an ethnic Karen community leader whoactively advocated for the right of Karen, including land rights and forest management.

Accordingto the information received, on April 5, 2018, Mr. O Moo was fatally shot by Tatmadaw[Myanmar army] soldiers while he was riding a motorbike with a soldier from the armedethnic group Karen National Liberation Army (KNLA). Mr. O Moo was on his way home in Ler Mu Plaw Village, Papun Township,Karen State, after providing humanitarian aid to villagers displaced by renewedhostilities between the army and the KNLA. It was reported that despite severalattempts villagers were not able to retrieve Mr. O Moo’s body as they cameunder fire when they returned to the place where he was killed.

TheObservatory condemns in the strongest terms the killing of Mr. O Moo and urgesthe Burmese authorities to carry out a thorough, impartial, and transparentinvestigation into his murder without undue delay and to hold those responsibleaccountable.

Pleasewrite to the authorities in Myanmar asking them to:

i. Guarantee in all circumstances thephysical and psychological integrity of allhuman rights defenders in Myanmar;

ii.Carry out an immediate, thorough, impartial, and transparent investigation intothe murder of Mr. O Moo in order to identify all those responsible, bring thembefore an independent tribunal, and sanction them as provided by the law;

iii.Put an end to all acts of harassment against all human rights defenders in Myanmar,and ensure that they are able tocarry out their activities without hindrance;

iv.Comply with all the provisions of the UN Declaration on Human Rights Defenders,adopted by the United Nations General Assembly on December 9, 1998, inparticular with its Articles 1 and 12.2;

v.Ensure in all circumstances respect for human rights and fundamental freedoms in accordance with international human rights standards.

Please also write to the diplomatic representations of Burma in yourrespective countries.

TheObservatory for the Protection of Human Rights Defenders (the Observatory) wascreated in 1997 by FIDH and OMCT. The objective of this programme is to preventor remedy situations of repression against human rights defenders. FIDH andOMCT are both members of ProtectDefenders.eu, the European Union Human RightsDefenders Mechanism implemented by international civil society.

[1]Since early March 2018, the Burmese army has been launchingits military offensive in Mutraw (Hpapun) District against the Karen NationalLiberation Army (KNLA)’s 5th Brigade, Ler Mu Plaw area. This has caused anoutbreak of fighting between the KNLA and the Burmese army. As a consequence,over 2,300 local villagers were forced to flee from their homes. To help thedisplaced villagers, a number of Karen community organisations and local groupshave established the Mutraw Emergency Assistance Team with the mission toprovide humanitarian support to the displaced villagers.