The Observatory for the Protection of Human Rights Defenders, a partnership of the World Organisation Against Torture (OMCT) and FIDH, has received new information and requests your urgent intervention in the following situation in Cameroon. 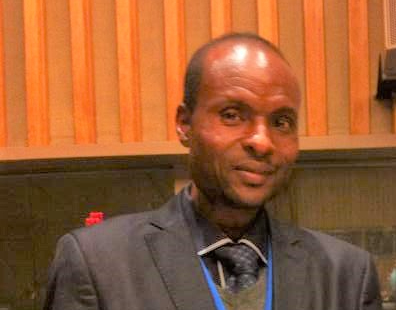 The Observatory has been informed by reliable sources about the ongoing judicial harassment against Mr. Musa Usman Ndamba, National Vice President of the Mbororo Social and Cultural Development Association (MBOSCUDA), an organisation that defends indigenous Mbororo rights[1].

According to the information received, on April 21, 2020, the North-West Court of Appeal in Bamenda, Cameroon, passed a decision confirming the Court of First Instance of Bamenda’s sentence condemning Mr. Ndamba to six months in prison and a fine of 500’000 FCFA (approximatively 760 Euros) on charges of “defamation of character”, under section 305(1) of the Criminal Code of Cameroon (see background information). Mr. Ndamba appealed the decision to the Supreme Court.

The Court of Appeal’s ruling represents an additional grievance in a context of nine years of continuous judicial harassment against Mr. Ndamba, a saga characterised by constant violations to his right to a fair trial. Furthermore, this decision is incongruous with the recommendations issued by several international organisations calling for the reduction of the prison population and the release of all detained persons without sufficient legal basis as necessary measures to prevent the spreading of Covid-19[2].

In this regard, the Observatory underlines that incarcerating Mr. Ndamba in the current context of the global health crisis caused by the Covid-19 pandemic would expose him to unnecessary risks and could amount to a violation of his right to health.

The Observatory strongly condemns the continuous judicial harassment against Mr. Ndamba, which merely aims at punishing his peaceful and legitimate human rights activities, and urges the authorities of Cameroon to put an end to all act of harassment, including at the judicial level, against him and all human rights defenders in Cameroon.

In 2011, Mr. Musa Usman Ndamba was put under investigation by the police, following a complaint brought by Mr. Baba Ahmadou Danpullo[3] for “propagating false information liable to injure public authorities”, “being a party in a judicial proceeding on oath and making false declarations”, “making a false report against Baba Ahmadou Danpullo liable to lead to his prosecution” and “injuring the reputation of Baba Ahmadou Danpullo by imputation of unprovable facts”. However, the alleged defamatory statements contained in the affidavit on the basis of which Mr. Ndamba was condemned were not signed by him but by another individual named Mr. Musa Adamu.

On May 10, 2013, Mr. Musa Usman Ndamba was summoned to appear before the Court of First Instance in Bamenda, North Western Cameroon, in relation to these charges. During the hearing, Mr. Ndamba refuted all the allegations and pleaded not guilty. Mr. Ndamba was bailed, pending another hearing scheduled on May 27, 2013. On that day, as the landowner failed to appear in court, the matter was adjourned to June 28, 2013, and the judge warned that he would award costs against the landowner should he fail again to attend court. Subsequently, in May 2014 the court dismissed the charges against Mr. Ndamba for lack of a diligent prosecution.

On July 29, 2016, Mr. Baba Ahmadou Danpullo reinstated the same case, accusing Mr. Ndamba of “propagation of false information, false oath, false report and defamation of character” based on the same affidavit and evidence as the case in 2013. Subsequently, the trial was adjourned several times in absence of the plaintiff.

On February 23, 2018, the trial against Mr. Ndamba was resumed for the 57th time. The plaintiff Mr. Baba Ahmadou Danpullo was not present at the hearing and was represented by Mr. Sama Francis Asanga, a senior official from the opposition Social Democratic Party (SDF), close family member of the party leader Mr. John Fru Ndi and former President of the Cameroon Bar Association.

On May 11, 2018, Mr. Musa Usman Ndamba was sentenced to six months in prison and a fine of 500’000 FCFA (approximatively 760 Euros) on charges of “defamation of character”, under section 305(1) of the Criminal Code of Cameroon. Furthermore, he was sentenced to pay an additional sum of 500’000 FCFA as civil award to Mr. Baba Ahmadou Danpullo. Following the sentence, Mr. Ndamba was transferred to Bamenda Central Prison in the North-West Region and appealed the decision.

On June 12, 2018, Mr. Musa Usman Ndamba was released on bail by a unanimous decision of the North-West Court of Appeal in Bamenda, with a surety of 200’000 FCFA (approximately 300 EUR) to be paid if he did not appear before the Court of Appeal. The Court rejected the application by the lawyers of plaintiff Baba Ahmadou Dapullo to be parties to the bail proceedings. On the same day, Mr. Musa Usman Ndamba was freed from Bamenda Central Prison, where he had been detained since May 11, 2018.

Please write to the authorities of Cameroon to urge them to:

i. Guarantee in all circumstances the physical and psychological integrity of Mr. Usman Ndamba as well as all human rights defenders in Cameroon;

ii. Put an end to all act of harassment, including at the judicial level, against Mr. Usman Ndamba and all human rights defenders in Cameroon, and ensure that they are able to carry out their legitimate activities without any hindrance and fear of reprisals in all circumstances;

iii. Until all charges are dropped, ensure that all judicial proceedings against Mr. Musa Usman Ndamba are carried out in full compliance with his right to a fair trial, as protected under international law;

iv. Conform in any circumstances with the provisions of the Declaration on Human Rights Defenders, adopted on December 9, 1998 by the United Nations General Assembly, in particular its Articles 1 and 12.2.

v. Ensure in all circumstances respect for human rights and fundamental freedoms in accordance with international human rights instruments ratified by Cameroon

Please also write to the diplomatic representations of Cameroon in your respective countries.

[1] The MBOSCUDA defends the rights of indigenous Mbororo pastoralists in North-Western Cameroon since 1992. It has been active in monitoring the sale of public land to private landowners, denouncing corruption and defending indigenous people’s land rights.