The Observatory has been informed by reliable sources about the arbitrary detention and police harassment of four human rights defenders in Manipur State, in relation to statements the four made to criticise the management of the current COVID-19 pandemic by local authorities. 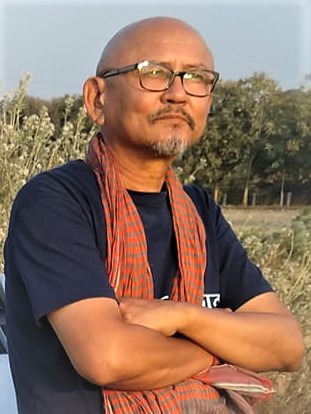 According to the information received, on April 3, 2020, at around 6am, Mr. Roy Laifungbam, President of the Centre for Organisation, Research and Education (CORE)[1], was arrested at his residence in Yaiskul, Manipur State, by the Imphal West police, who did not present any arrest warrant.

Upon arrival at the police station, Mr. Laifungbam was not informed of charges against him. The police later presented a First Information Report (FIR) to his legal counsel, alleging that Mr. Laifungbam was charged under Section 188 of the Indian Penal Code (“disobedience to an order duly promulgated by a public servant”), in relation to a Facebook post he shared on April 2 concerning the crisis posed by the spread of COVID-19 in the State of Manipur. The post read as follows: “The present Manipur Chief Minister, especially at this time of crisis, should desist from wasting state resources, time and personnel in carrying out any personal political agenda or vendetta. It demeans and belittles the position occupied and the responsibility that entails”. However, the FIR was not registered.

On the evening of April 4, Mr. Laifungbam was released from custody without being charged, after being forced to delete his Facebook post and make a public apology on social and mainstream media for sharing the post.

Moreover, on April 1, 2020 at around 9.30pm, Mr. Takhenchangbam Shadishkanta, Secretary of the Youth’s Forum for Protection of Human Rights (YFPHR), was arrested at his residence by a team of officers from the Porompat Police Station, Imphal East, without an arrest warrant.

On April 2, 2020, at around 9am, the Officer in Charge of Patsoi Police Station went to the house of Mr. Khangjrakpam Phajaton, President of YFPHR, and requested his father to bring him to the police without any delay. Mr. Phajaton’s father was threatened with charges under the National Security Act (NSA) if his son failed to report to the police station.

When Mr. Phajaton reported to the police station in the afternoon, he was informed that he and Mr. Shadishkanta had been charged under Section 51 (b) of the 2005 Disaster Management Act (“refusal to comply with directions given by governing bodies”) and Section 120 B of the Indian Penal Code (“criminal conspiracy”), in relation to a press statement issued by YFPHR on April 1, 2020, expressing serious concerns about the government’s proposal to set up a quarantine center in a paddy field, which would pose a threat to the livelihood of the people of the area.

Messrs. Shadishkanta and Phajaton subsequently appeared before the Chief Judicial Magistrate, Imphal East. At around 10pm, they were both released on a bail of 30,000 INR (around 360 EUR) each.

Similarly, on April 1, 2020 at around 7.30 pm, Mr. Konsam Victor Singh, a member of the Manipur People’s Party known for speaking up on social, political, and justice issues on social media, was arrested at his residence in Khurai Konsam Leikai in Imphal by officers of Porompat police station, Imphal East, where he was detained overnight in a small cell with six other inmates. During the entire period of his detention, neither a First Information Report (FIR) nor an official complaint was filed against him. The police however told him that he was being detained in relation to a post he had written on Facebook on March 31, 2020, in which he was asking how much the Chief Minister of Manipur had contributed to the COVID-19 relief fund. Police alleged that the Facebook post “promoted negativity against the Chief Minister of Manipur.” Moreover, Mr. Singh’s request for access to his lawyer was denied. On the following morning, Mr. Singh was released after being forced by the police to delete his Facebook post and to publish a new post in which he apologized for his earlier comment.

The Observatory expresses its deepest concern about the arbitrary detention and police harassment of Messrs. Roy Laifungbam, Takhenchangbam Shadishkanta, Khangjrakpam Phajaton, and Konsam Victor Singh, which seem to be only aimed at punishing and intimidating them for their legitimate human rights activities and the exercise of their right to freedom of expression. The Observatory further recalls that the current global health crisis must not be used to undermine fundamental rights and that governments must protect the right to freedom of expression and information.

Please write to the authorities of India to urge them to:

i. Guarantee in all circumstances the physical integrity and psychological well-being of Messrs. Roy Laifungbam, Takhenchangbam Shadishkanta, Khangjrakpam Phajaton, and Konsam Victor Singh, as well as all human rights defenders in India;

ii. Put an end to all acts of harassment - including at the judicial level - against Messrs. Roy Laifungbam, Takhenchangbam Shadishkanta, Khangjrakpam Phajaton, and Konsam Victor Singh and all human rights defenders in India, and ensure that they are able to carry out their legitimate activities without any hindrance and fear of reprisals in all circumstances;

iii. Comply with all the provisions of the United Nations Declaration on Human Rights Defenders adopted by the UN General Assembly on December 9, 1998, in particular its Articles 1, 6, 8, 11 and 12.2;

[1] CORE is a non-governmental human rights organisation defending the rights of indigenous people based in Manipur, India and a member of OMCT SOS-Torture network.