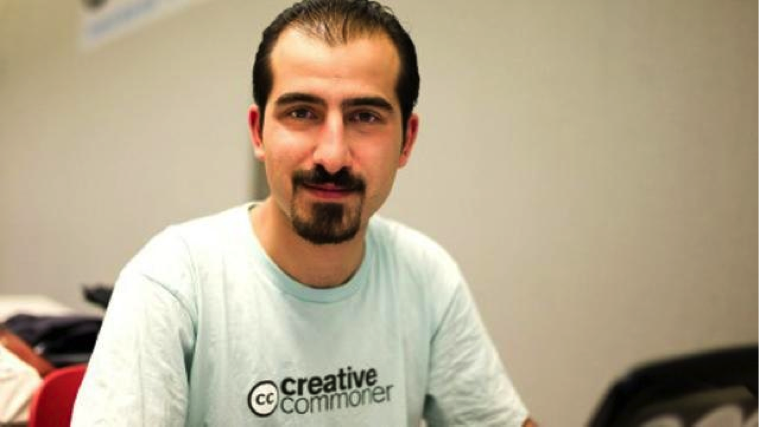 (17 March 2016) Syria’s authorities should revealthe whereabouts of Bassel Khartabil, a softwaredeveloper and free speech activist, and release him immediately, 31 organizations said on thefourth anniversary of his detention.

On 15 March 2012, MilitaryIntelligence arrested Khartabiland held him in incommunicado detention for eight months before moving him to ‘Adraprison in Damascus in December 2012. During this time he was subjected totorture and ill-treatment. He remained in ‘Adra until 03 October 2015, when hemanaged to inform his family that he was being transferred to an undisclosedlocation. Since then his whereabouts remain unknown and there are seriousconcerns for his life.

Based on unconfirmed information that the familyreceived from some local sources, there are fears that he may have beentried and sentenced to death by a Military Field Court in the Military Policeheadquarters in Al-Qaboun, Damascus. These courts are notorious for conductingclosed-door proceedings that do not meet minimum international standards for afair trial.

Sincehis detention, many human rights groups have campaigned for his release. On 21April 2015, the United Nations Working Group on Arbitrary Detention declared hisdetention a violation of the International Covenant on Civil and PoliticalRights, and called for his release, yet the Syrian authorities refuse to freehim.

A Syrian of Palestinian parents, Khartabil is a34-year-old computer engineer who worked to build a career in software and webdevelopment. Before his arrest, Khartabil usedhis technical expertise to help advance freedom of speech and access toinformation via the internet. He has won many awards, including the 2013Index on Censorship Digital Freedom Award for using technology to promote anopen and free internet, and was named one of Foreign Policy magazine’s Top100 Global Thinkers of 2012 “for insisting, against all odds, on a peacefulSyrian revolution.”

Thesignatory organizations express concern at his on-going arbitrary detention andenforced disappearance and believe that it is a direct result of his peacefuland legitimate work for the promotion and protection of the right to freedom ofexpression.

Thegroups call on the authorities in Syria to:

14. International Federationfor Human Rights (FIDH), within the Observatory for the Protection of HumanRights Defenders

31. World Organisation AgainstTorture (OMCT), within the Observatory for the Protection of Human RightsDefenders