The Observatory for theProtection of Human Rights Defenders, a partnership of FIDH and the WorldOrganisation Against Torture (OMCT), requests your urgent intervention in thefollowing situation in Kazakhstan.

The Observatory has beeninformed by reliable sources about a smear campaign against Mr. Yevgeniy Zhovtis and otherrepresentatives of the non-governmental human rights organisation “KazakhstanInternational Bureau for Human Rights and Rule of Law” (KIBHR)[1]. The acts of harassment in social networks and onlinenews media come after the critical position taken by the KIBHR in relation tothe draft law “On the Procedure for Organizing and Holding Peaceful Assembliesin the Republic of Kazakhstan” (“draft law”), that was adopted by Majilis (thelower Chamber of the Parliament) on April 8, 2020, while the state of emergencyis declared in the country[2]. 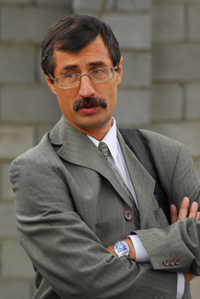 According to the informationreceived, on April 28, 2020, a large-scale, well-orchestrated smear campaignwas launched in the media and social networks against Mr. Yevgeniy Zhovtis, theKIBHR, and other civil society organisations critical of the draft law. The onlineoperation followed several publications by the KIBHR, including a statement[3] against the adoption of the draft law, which it foundto be contrary to international human rights standards on the freedom ofassembly, and a translation of the Recommendations of the United NationsSpecial Rapporteur on the rights to freedom of peaceful assembly and ofassociation Mr. Clément Nyaletsossi Voule, who has previously addressed hisconcerns on the issue to the Kazakhstan government.[4]

Several dozens of publicationsappeared on social networks and online media, that systematically receive fundsfrom the State, in a short period of time from April 28 to May 2, 2020. Many ofthe posts similar in letter and identical in spirit appeared almostsimultaneously within the span of one or two days. Besides ordinary internetusers and fake accounts, among the authors of publications are public figuresknown for extreme nationalist views and owners of a government-linked"troll factory”.[5] These posts were primarily accusing the KIBHR ofdefending the right of foreigners to peaceful assembly. Many of the attackswere also focused on the ethnicity of the KIBHR employees and on the fact thatthe organisation receives funding from foreign donors.

The Observatory is concernedby these facts of harassment as they appear to be part of an organised smearcampaign set up in order to stifle the criticism against the controversialdraft law. Against the backdrop of the COVID-19 pandemic, the online attacksare particularly alarming since the only space available for public discussionof the draft law is online: public forums, civil society protests againstlegislative initiatives and other forms of discontent are not possible due tothe restrictions on the right to freedom of assembly imposed during the stateof emergency in Kazakhstan.

Furthermore, the Kazakhstan authoritiesseem to use a state of emergency as an excuse to prosecute its critics andopponents. Since the announcement of the state of emergency in Kazakhstan onMarch 15, 2020, the authorities have initiated administrative proceedings andthreatened with criminal prosecution dozens of civil society activists,bloggers and all those who expressed their dissent online.

On April 18, 2020, Mr. Alnur Ilyashev, a civil society activist,was detained and subsequently placed in a pre-trial detention centre for publishinga video on YouTube. He was charged under Article 274.4(2) of the Criminal Codeof the Republic of Kazakhstan (“Dissemination of knowingly false information,”aggravated as dissemination “in a state of emergency or in a state of combat,or in wartime, or in the course of a public event”). On May 4, 2020, anotheractivist, Ms. Danaya Kaliyeva, was summoned for a first interrogation as a witnessbecause of a repost of a publication concerning the construction of hospitalsfor patients with COVID-19, which she made on her Facebook page. According to reliable sources[6], the authorities opened a preliminary investigationinto her case under the same Article274.4(2) of the Criminal Code. Earlier, in late March, a social networks userMr. Dias Moldalimov, was chargedunder Article 274.4(2) of the Criminal Code after he addressed in a videopublication a series of questions to the authorities. On April 12, 2020, Mr. Arman Khasenov was arrested inKaraganda for his critical remarks about the family of ex-President Nazarbayev,in a video published in the Internet, and was allegedly charged under Article373 of the Criminal Code (“insulting the first president of Kazakhstan”).

The Observatory isparticularly concerned with the inaction of the authorities regarding theharassment faced by the KIBHR members. In accordance with Article 19 of theInternational Covenant on Civil and Political Rights (ICCPR), ratified byKazakhstan in 2006, the State has a legal obligation to protect freedom ofexpression and the right to hold opinions from unlawful interference, even bythird parties. This positive State obligation encompasses freedom of expressionon the Internet. The use of State financial or administrative resources topublish a large number of harrassing messages on the Internet targeting KIBHRwas apparently intended to stifle the critical voices and, therefore, has theeffect of inappropriately chilling free speech via the Internet by the KIBHR.

The attack against the humanrights defenders seems particularly disturbing against the backdrop of systematicfailures[7] by the Kazakhstan authorities to guarantee thefreedom of assembly: Kazakhstan has long been criticized for its restrictive lawsregulating demonstrations. President Kassym-Jomart Tokayev pledged in 2019 to carry out reforms after succeedingNursultan Nazarbaev, who ruled the country for nearly 30 years.

The Observatory fears thatthese attacks constitute a reprisal for the critical attitude of the KIBHR andits employees towards the legislation, including the above mentioned draftassembly law. In particular it imposes severe and unjust restrictions as to thetime and the place of assemblies, prohibits foreigners from holding assemblies,and places heavy burdens on the organisers of assemblies, contrary to Article21 of ICCPR on the right to freedom of peaceful assembly.

The Observatory stronglycondemns the attack against the KIBHR members and the inaction of theauthorities regarding the increasing attacks, acts of harassment andprovocations against human rights defenders, and urges the Kazakh authoritiesto take swift and stern measures to reverse the current trend detrimental tothe independence of the civil society and democracy in Kazakhstan.

Please write to the authorities of Kazakhstan askingthem to:

i. Postpone the considerationof the draft law “On the Procedure for Organising and Holding PeacefulAssemblies in the Republic of Kazakhstan” as well as any other not urgentlegislative initiatives until the state of emergency is aborted in Kazakhstan;

ii. Put an end to all forms ofharassment against Mr. Yevgeniy Zhovtis and other representatives of the KIBHR,and all the human rights defenders in Kazakhstan;

iii. Carry out a transparent,impartial, immediate and thorough investigation into the above-mentionedattacks in order to identify all those responsible, bring them before anindependent tribunal, sanction them as provided by the law and provide thevictims with effective remedies;

iv. Ensure that human rightsdefenders and human rights organisations are able to carry out their legitimateactivities, including online, without any hindrance and fear of reprisals;

v. Comply with all theprovisions of the United Nations Declaration on Human Rights Defenders adoptedby the UN General Assembly on December 9, 1998, in particular its Articles 1and 12;

Pleasealso write to the diplomatic mission or embassy of Kazakhstan located in yourcountry.

The Observatory for theProtection of Human Rights Defenders (the Observatory) was created in 1997 byFIDH and the World Organisation Against Torture (OMCT). The objective of thisprogramme is to prevent or remedy situations of repression against human rightsdefenders. FIDH and OMCT are both members of ProtectDefenders.eu, the European Union Human RightsDefenders Mechanism implemented by international civil society.

[2] Thebill is currently pending in the Senate. While the bill willgreatly impact the implementation of civil and political rights in Kazakhstan,the undue haste with the adoption of the law during the state of emergency waslargely critisized by civil society in Kazakhstan and beyond.

[4] On April 21,2020, the Special Rapporteur on the rights to freedom of peaceful assembly andassociation addressed his concerns regarding the bill to the authorities ofKazakhstan. He notably pointed out that “parts of new draft law do not seemto be in line with international human rights standards, and more precisely theright to freedom of peaceful assembly as guaranteed by Article 21 ofInternational Covenant on Civil and Political Rights,” ratified by Kazakhstanin 2006.

[5] An organisation set up in order topublish a large number of messages or posts on the internet, that often appearto be from people who do not really exist, and that are intended to causetrouble, influence political views, etc. Please see details here: https://dictionary.cambridge.org/dictionary/english/troll-factory