Geneva-Paris, February 27, 2020 - The Observatory for theProtection of Human Rights Defenders (OMCT-FIDH) denounces the new charges pressed against human rights defender Osman Kavala justhours after he was acquitted in the “Gezi Park case”, in a clear attempt by theTurkish authorities to extend his arbitrary detention. 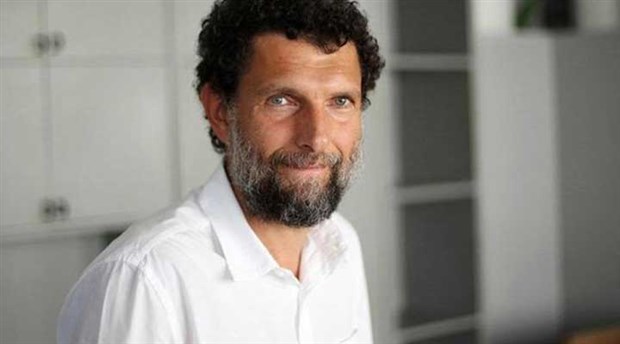 On February 18, 2020, during the finalhearing in the Gezi Park Trial, the 30th Heavy Penal Court in Istanbulacquitted nine of the human rights defenders who were being criminalised, i.e. Osman Kavala, Mücella Yapıcı, Yiğit Aksakoğlu, ÇiğdemMater Utku, Ali Hakan Altınay, Mine Özerden, Şerafettin Can Atalay, TayfunKahraman and Yiğit Ali Ekmekçi. The case of the remaining seven defenders’, whoreside outside Turkey, was separated.

Before he was released from Silivri Prison, Mr. Osman Kavala was subjectto a new arrest warrant from the İstanbul Chief Public Prosecutor’s Office on charge of “attempting to overthrow thegovernment" within the failed coup d’état attempt of July 15, 2016, and therefore kept inarbitrary detention. Istanbul 8th Criminal Peace Judgeship eventually issued a ruling for keeping him in detention for the charges in question at midnight on February 20, 2020.

As a human rights activist, businessman and also founder and chairperson of the “AnadolouKultur” Foundation, Mr. Osman Kavala has beenarbitrarily deprived of liberty since October 18, 2017.

On December 10, 2019, the European Court of HumanRights (ECtHR) had ruled that in the “Gezi Case” Mr. Kavala’s detention violated Article5 and 18 of the European Convention on Human Rights[1],and requested his immediate release. The ECtHRdecision has not been implemented to date.

The criminalisation against human rights defenders in Turkey has taken anendemic character since the coup d’état attempt in 2016, and judicialharassment is widely used to crackdown on any dissent and specifically againsthuman rights and political activists.

The Observatory strongly condemns the arrest of Mr. Kavala under the newaccusations and believes that preventing his release through pressing new accusations amounts toill-treatment, as also stated by the Council of Europe Commissioner for HumanRights[2]. It indeed appears obvious that Mr. Osman Kavala has been personally targeted, and the trumped-up accusations against him point toa lack of independence of the judiciary in Turkey, which the ongoing judiciaryreform is only bound to perpetuate.

The Observatory calls upon the Turkish authorities to immediately releaseMr. Osman Kavala, drop the criminal accusations against him, and guarantee hisrights and freedoms in full.

The Observatory for theProtection of Human Rights Defenders (the Observatory) was created in 1997 bythe World Organisation Against Torture (OMCT) and FIDH. The objective of thisprogramme is to prevent or remedy situations of repression against human rightsdefenders. OMCT and FIDH are both members of ProtectDefenders.eu, the European Union Human Rights Defenders Mechanism implemented byinternational civil society.

[1] Article 5 § 1 of the ECHR impliesthat detention should be lawful and based on reasonable suspicion, whileArticle 18 proscribes the restriction of rights for ulterior purposes.