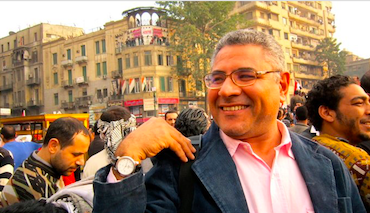 EuroMed Rights, Committee for Justice, Egyptian Front for Human Rights, Human Rights Watch, the International Federation for Human Rights (FIDH) & World Organisation Against Torture (OMCT) within the framework of the Observatory for the Protection of Human Rights Defenders, The Freedom Initiative, and The Egyptian Human Rights Forum strongly condemn the campaign recently launched by the Egyptian authorities against the director of the Arabic Network for Human Rights Information (ANHRI), Mr Gamal Eid, in reprisal for the publication of a short report on Gamassa prison, one of the biggest in Egypt. The Ministry of Interior is reportedly considering taking legal action against him for “publishing false information” about prisons, thus attempting to shut down all discussion of Egypt’s penal system and discredit Gamal Eid.

On 16 June, ANHRI published a research paper on Gamassa prison, detailing its construction, structure and capacity, as well as reports of ill-treatment, extremism, drug problems and medical neglect, for which it cites legitimate sources of information such as decisions by the Ministry of Interior and news articles. The publication was met with accusations of false news and a harsh smear campaign in the media against Gamal Eid. Should legal action be taken, he could be at risk of arrest.

This is the newest development in an alarming series of attacks and defamation attempts against Gamal Eid for his work as a human rights defender. He has been subjected to repeated smears such as media references to him being called “more dangerous than coronavirus” and in 2019 his car was stolen, was physically assaulted in the street on two occasions – including having paint thrown on him – and a car that he had borrowed was smashed.

The Egyptian government has been escalating its crackdown on human rights, in particular freedom of expression, since the outbreak of COVID-19, and exploiting the state of emergency to act with impunity. Arrests on charges of spreading “fake news” are frequent, with 10 journalists apprehended between 18 March and 18 May alone.

We call on the international community to join our voices in denouncing recent attacks on Gamal Eid and the government’s endeavours to silence the human rights movement.