Today three years have passedsince the European Court of Human Rights (ECtHR) delivered its judgment on thecase of political prisoner Ilgar Mammadov, concluding that the Azerbaijaniauthorities had detained him to punish him for his criticism of the government.In spite of this ruling, and repeated calls for his release by Council ofEurope bodies in follow-up to the ruling, the Azerbaijani authorities havepersistently refused to execute the decision of the Court and free IlgarMammadov. In view of this, we, members of the Civic Solidarity Platform and theSports for Rights Coalition call on the Committee of Ministers of the Councilof Europe to refer the case back to the ECtHR on the grounds of non-executionof the judgment. This is crucial to ensure justice for this wrongly imprisonedgovernment critic, who has already spent more than four years behind bars, aswell as to safeguard the legitimacy of the Council of Europe as the guardian ofhuman rights and the rule of law in the region. 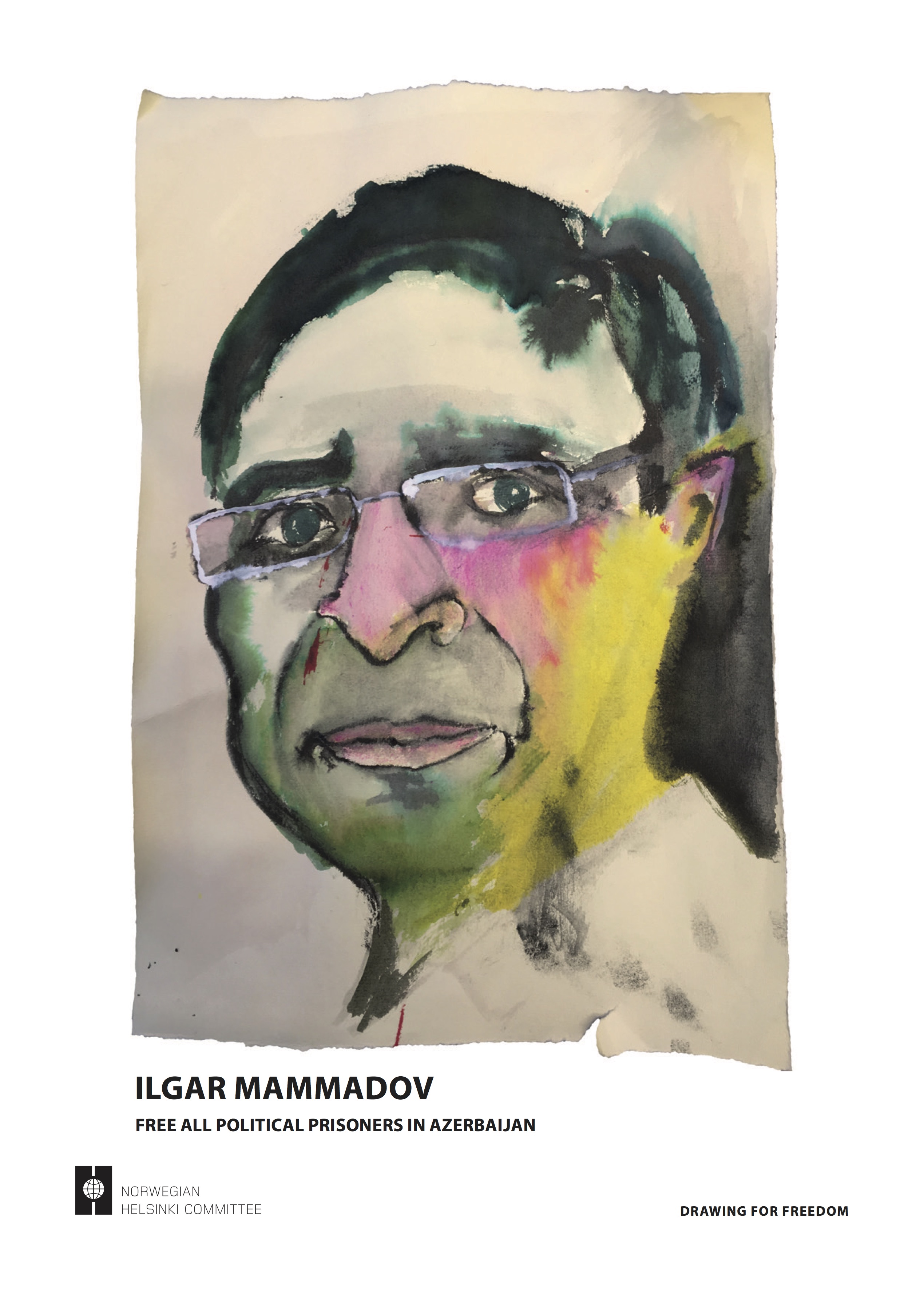 Ilgar Mammadov, chair of thepolitical opposition REAL party, was a well-known opponent of the regime whenhe was arbitrarily detained in February 2013. He attempted to stand in the 2013presidential elections, gathering the required 40 000 signatures in support ofhis candidacy, which, the Central Election Commission ruled as invalid.[1] Hewas also outspoken in his criticism of the policies of the authorities on hisblog and in the media. Ilgar Mammadov was detained after monitoring andreporting on street protests in the town of Ismayilli in January 2013, whichresulted in clashes with the police. He did not participate in these protests,but travelled to the region after they took place to observe developments andrevealed the role of individuals with ties to the authorities in initiating theclashes. In spite of the lack of evidence llgar Mammadov was accused ofinstigating the Ismayilli clashes and on 17 March 2014, he was sentenced toseven years in prison on trumped-up charges of “organizing mass riots” andusing “violence against police officers”. His sentence was upheld on appeal.

In a judgment issued on 22 May2014, the ECtHR found that Ilgar Mammadov’s arrest and detention violatednumerous provisions of the European Convention on Human Rights, includingarticles 5.1, 5.4 and 6.2 on the right to liberty and security, the right tojudicial review of one’s detention and the principle of presumption ofinnocence, as well as article 18 that limits the applicability of restrictionson rights. The Court concluded that Ilgar Mammadov had been detained withoutany evidence to reasonably suspect him of having committed a crime and that theactual purpose of his detention was to silence and punish him for criticizingthe government and publishing information it was trying to hide.[2]

In its follow-up to the ECtHR’sruling, the Committee of Ministers of the Council of Europe — the bodyresponsible for supervising the execution of ECtHR judgements — has repeatedlycalled on the Azerbaijani authorities to release Ilgar Mammadov. The Committeehas examined this case as a matter of priority in its review of the executionof ECtHR judgments by Council of Europe member states and adopted a number ofdecisions and interim resolutions on it.[3]

Other Council of Europe bodies,including the organization’s Secretary General, its Human Rights Commissionerand the President of its Parliamentary Assembly have also repeatedly called forIlgar Mammadov to be released. However, the Azerbaijani authorities haveflagrantly ignored these calls and refused to implement the ECtHR’s judgmentand release Mammadov.

In view of the continued failureof the Azerbaijani authorities to implement the ECtHR’s decision on IlgarMammadov’s case, the Council of Europe’s Secretary General Thorbjørn Jaglandlaunched an official inquiry into Azerbaijan’s implementation of the EuropeanConvention on Human Rights in December 2015.[4]Under article 52 of the Convention, the Secretary General may initiate aninquiry into how the domestic law of member states ensures the effectiveimplementation of the Convention. This was the first time that SecretaryGeneral Jagland had taken such a measure and his initiative was welcome andimportant.

However, in November 2016,Azerbaijan’s Supreme Court nevertheless rejected an appeal submitted by IlgarMammadov on the basis of the ECtHR ruling and upheld his seven-year prisonsentence. Thus, Ilgar Mammadov remains behind bars for no other reason thanspeaking out critically about those in power. This continued defiance by theAzerbaijani authorities leads us to conclude that further action is urgentlyrequired.

Therefore, we call on theCommittee of Ministers to refer the case back to the ECtHR under article 46.1of the European Convention on Human Rights, which obliges the parties to theConvention to abide by the final judgment of the Court in any case to whichthey are parties. The Convention authorizes the Committee to take action tothis end. Article 46.4 states: “If the Committee of Ministers considers that aHigh Contracting Party refuses to abide by a final judgment in a case to whichit is a party, it may, after serving formal notice on that Party and bydecision adopted by a majority vote of two-thirds of the representativesentitled to sit on the committee, refer to the Court the question whether thatParty has failed to fulfil its obligation under paragraph 1.”

Ilgar Mammadov v. Azerbaijan hasbecome a test case of the legitimacy of the Council of Europe. When commentingon the Supreme Court’s failure to uphold Azerbaijan’s obligation to execute theECtHR judgment last year, Secretary General Jagland stated: “Azerbaijan’sflagrant disrespect of the European Convention on Human Rights undermines theentire scope of our cooperation” [and] “affects the 46 Member States of theCouncil of Europe who have a collective responsibility for the implementation ofthe Convention”.[5]

By resorting to the ultimatemechanism for addressing non-compliance of judgments set out by the EuropeanConvention on Human Rights, the Committee of Ministers can take resolute actionto safeguard the Council of Europe’s integrity and ensure that the Azerbaijaniauthorities finally abide by their obligations under the Convention, implementthe ECtHR ruling and free Ilgar Mammadov.

Signed by the following members of theCivic Solidarity Platform and the Sport for Rights Coalition:

8. Center for the Development ofDemocracy and Human Rights (Russia)

24. Institute for ReportersFreedom and Safety (Azerbaijan)

27. Kazakhstan InternationalBureau for Human Rights and the Rule of Law

[1] Inseveral rulings against Azerbaijan, the ECtHR has found that the practices ofthe Central Election Commission with respect to the validation of signaturesviolate Article 3 of Protocol No. 1 to the European Convention on Human Rights,which protects the right to free elections. - See more at: http://iphronline.org/azerbaijan-time-justice-ilgar-mammadov.html#sthash.aJGUzqW5.dpuf

[3] Themost recent decision on this case adopted by the Committee of Ministers isavailable at: https://rm.coe.int/16806c4554