Thematic Briefing: Protecting women from violence through the

The views and proposals put forward in this report represent those of the participants without claiming to be exhaustive or necessarily reflecting the views of all participants. They are not a reflection of the authoritative position of the Committee against Torture, nor should they be attributed to any particular participant. The document has been prepared by the World Organisation Against Torture (OMCT), Women’s Link Worldwide (WLW), Amnesty International (AI) and Global Justice Center (GJC) without having been reviewed or approved by all participants. 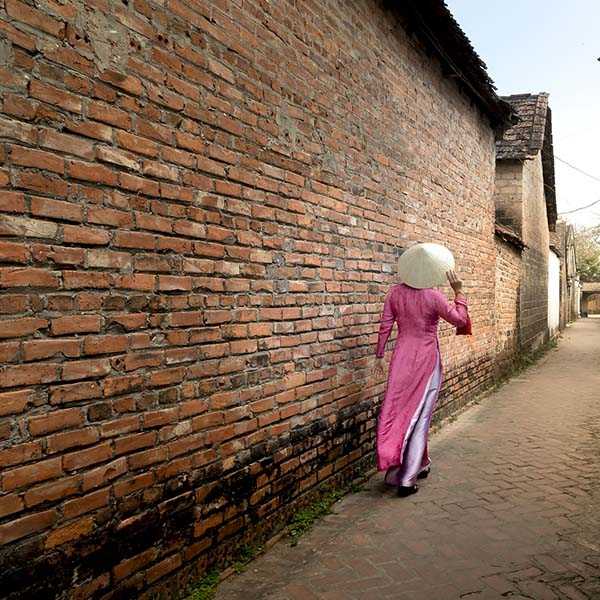 On 4 December 2018, Women’s Link Worldwide (WLW) and the World Organisation Against Torture (OMCT) organised with the support of Amnesty International (AI) and the Global Justice Center (GJC) a Thematic Briefing for the UN Committee against Torture (the Committee).

The briefing was a closed meeting conducted in a panel-dialogue style with the participation of representatives of international organisation and courts, lawyers, academics, and CSO representatrives. There were six panels with each two to three experts introducing the following themes: torture of women under international law; trafficking in women and girls; rape and other forms of sexual violence – two country cases; protection of women from torture – comparative practices; access to justice and reparation, including rehabilitation; and integration of gender perspectives in the work of the Committee and the way forward. A concept note was provided to inform the discussion.

Over the past two decades the Committee has made significant progress in integrating a gender perspective in its work through increasingly addressing torture and other ill-treatment of women[1] in its concluding observations (COBs) adopted by the Committee after a State review and by adopting in 2007 General Comment No. 2 on the implementation of article 2 of the Convention against Torture and Other Cruel, Inhuman or Degrading Treatment or Punishment (the Convention) by the States parties. In the Comment, the Committee clarified in paragraph 18 that where State authorities fail to exercise due diligence to prevent, investigate, prosecute and punish non-State actors, “its officials should be considered as authors, complicit or otherwise responsible under the Convention for consenting to or acquiescing in such impermissible acts.” In the same paragraph, the Comment goes on explaining that “the State’s indifference or inaction provides a form of encouragement and/or de facto permission” to non-State actors. The Committee concludes the paragraph by noting the applicability of this principle “to States parties’ failure to prevent and protect victims from gender-based violence, such as rape, domestic violence, female genital mutilation, and trafficking.”

After the adoption of General Comment No. 2, the Committee has over the years extended the inclusion of gender-based forms of violence, including by non-State actors, in its concluding observations. For years, torture and other ill-treatment of women by private actors have been addressed on a rather routine basis. However, challenges of implementation remain across the globe and of engagement by States to walk this path taken by the Committee.

The objective of the briefing was to inform a discussion amongst the Committee members on the gender dimensions of torture and other cruel, inhuman or degrading treatment or punishment and to explore together how the Committee can further step up its prevention and protection framework for women and girls in a more robust and systematic manner, bearing in mind the particular risks of torture or other ill-treatment that they face in different contexts.

The summary of the discussion mainly addresses different forms of gender-based violence against women amounting to torture and other ill-treatment, which were highlighted during the day, and why it is important that the Committee assumes its role in addressing gender-specific forms of torture and other ill-treatment. At the end of the document, a number of practical recommendations made by the participants on how the Committee could achieve that objective are listed.

Summary of the Discussion

In the opening remarks, the organisers highlighted the fact that the Committee has addressed torture and other ill-treatment of women in its concluding observations and general comments for almost two decades. Civil Society started to submit reports on gender-based violence against women to the Committee and since 2001 the information started to be reflected in its Concluding Observations.

They emphasised the Committee’s crucial role in aiming to ensure that women can effectively exercise their rights under the Convention. The Committee is uniquely positioned to provide the human rights community with standards that allow the fight against gendered forms of torture and other ill-treatment to continue in a comprehensive way.

It was then also stressed that while its mandate is unique and independent, the Committee against Torture is part of a wider human rights protection system. It is therefore important that the Committee and the other treaty bodies do not work in silos but together, to mutually reinforce each other and not to exclude each other. This is key to increase human rights protection at the national levels and effective remedies for victims.

It was emphasized that the Committee charged with enforcing the Convention against Torture has in its hand what is at the heart of all human rights law: the protection of human dignity without discrimination based on sex and/or gender. As a way of opening the conversation, there was an invitation to reflect on the various forms and manifestations of torture and other ill-treatment which strip women of their dignity.

I. Violence against Women as Torture and Other Forms of Ill-Treatment

Participants agreed that violence against women is generally the result of rampant discrimination, gender inequality and asymmetric power relationships and often wrongly justified or tolerated under the pretext of tradition, culture or religion. The gendered-nature of violence against women is a means for social control over women and further perpetrates gender inequality. Sexual violence to which particularly girls and women are subjected in all regions of the world, in both private and public settings, aim to reinforce the subordinated status of women and girls and to deprive them of their independence and dignity both in public life and at home. Moreover, the role of the public/private dichotomy in international law has led to the persistent trivialization of violence against women in the private sphere.

Participants addressed a variety of forms of violence against women amounting to torture and other ill-treatment in different situations and contexts. They agreed that gender has an impact on the form of the violence, on the circumstances and on the consequences for the victims and their access to justice and reparation including rehabilitation.

Participants discussed the particular risk for women and girls of sexual forms of torture and other ill-treatment by male prisoners and prison staff, including rape, insults, humiliation and unnecessarily invasive body searches when there are no protective measures in place. The risk of sexual forms of torture or other ill-treatment increases during transfers to police stations, courts or prisons, especially where male and female prisoners are not separated or when male staff accompany female prisoners. The risk of sexual forms of torture is also high during pretrial detention, when sexual abuse may be used as a means of coercion and to extract confessions. Other forms of torture and other ill-treatment faced by women are: male guards watching female prisoners in intimate moments such as dressing or showering; the use of shackles and handcuffs on pregnant women during labour and immediately after childbirth; solitary confinement when used as a punishment; body searches, in particular strip and invasive body searches, when conducted in an unnecessary, disproportionate, humiliating or discriminatory manner; and the absence of appropriate medical care not taking into account specific needs of female inmates.

2. Rape and Other Sexual Violence

Participants underlined that it is well established under international human rights law, including in the Committee’s work, that rape and other forms of sexual violence can amount to torture or other ill-treatment. Rape and other forms of sexual violence by State and non-State actors predominantly affect women and girls. In addition, victims face many obstacles in accessing justice as the experiences in India and Mexico show: gender stereotypes are used to discredit victims; the Istanbul Protocol is rarely applied; lawyers are often not present when victims report abuse to authorities; and lack of special units or gender sensitive procedures that would support victims who want to report abuse. As a result, there is a very low conviction rate for rape and other sexual violence.

Participants stressed that the risk of rape and the impunity for its commission is significantly increased: (a) in times of armed conflict; (b) when women are deprived of their liberty; and (c) when they are on the move as refugees and migrants.

When discussing harmful practices, participants stressed that especially women and girls tend to be at risk of “honour-based” violence for being perceived as having brought shame on their family by transgressing set gender norms, e.g. when having, or being suspected of having, engaged in sexual relations outside of marriage, choosing a partner without their family’s approval, escaping from a forced marriage or behaving in other ways that are considered outside of gender norms, or simply because of rumors spread about them.

It was noted during the discussion that female genital mutilation is inherently cruel, inhuman or degrading, and is also inherently discriminatory. It has severe negative health consequences, including risk of grave infections, higher risks of post-partum haemorrhage and other obstetric complications, and death. It has no health benefits, but causes severe pain, shock, anxiety and depression. It is a means of controlling female sexuality and may result in loss of ability to experience sexual pleasure.

“Virginity testing” was also addressed by participants as an inherently discriminatory practice, which has no scientific basis and reinforces stereotyped notions of female sexuality and gender inequality. The examination can be painful, humiliating and traumatic. The consequences of coerced “virginity testing” can be scarring, loss of sexual sensation, pain, incontinence and lifelong depression. Moreover, it severely violates the physical integrity, dignity, and privacy of women and girls and may well amount to torture or cruel, inhuman or degrading treatment.

Participants emphasized that denial of safe abortion services can amount to torture or other ill-treatment, in particular where the life or physical or mental health of the pregnant woman is endangered, in certain cases of foetal impairment, or when the pregnancy is the result of rape and incest. Forced sterilization is a grave violation of a woman’s rights to physical integrity, physical and mental health, equality and non-discrimination, privacy and family life and inflicts severe suffering or humiliation amounting to torture or other ill-treatment.

5. Trafficking in Girls and Women

Trafficked women and girls are routinely subjected to confinement, severe physical and sexual abuse, humiliation and threats for the purposes of sexual exploitation or slavery including in the context of forced and early marriages, domestic servitude, forced labour, or organ removal. Although trafficking affects women disproportionately, it is not always addressed through a gendered lens. Participants stressed that trafficking is often analysed in a criminal law, immigration law or national security law context that does not necessarily entail obligations to prevent, protect, investigate and prosecute such acts and to provide reparations for victims.

The effect of trafficking is further exacerbated in armed conflicts and displacement. Often, victims of trafficking are re-victimized and re-traumatized in refoulement procedures. Traffickers often go unpunished as they benefit from government involvement or protection.
SEE MORE


II. Reasons Why the Committee has an Important Role in Protecting Women from Torture and Other Ill-Treatment

Torture and Other Ill-Treatment