Paris-Geneva, June 18, 2020 – Today, the Court of Justice of theEuropean Union (CJEU) recognised that Hungary’s 2017 law ‘on the Transparencyof Organisations Supported from Abroad’ (i.e. receiving foreign funds) undulyrestricts the freedom of movement of capitals within the European Union (EU)and amounts to unjustified interference with fundamental rights, includingrespect for private and family life, protection of personal data and freedom ofassociation, as well citizens’ right to participate in public life. TheObservatory for the Protection of Human Rights Defenders (FIDH-OMCT), which haslong denounced this illegitimate administrative burden and obstruction to NGOwork, welcomes this decision and hopes it will put an end to the Hungariangovernment’s constant attempts to delegitimise civil society organisations andimpede their work. 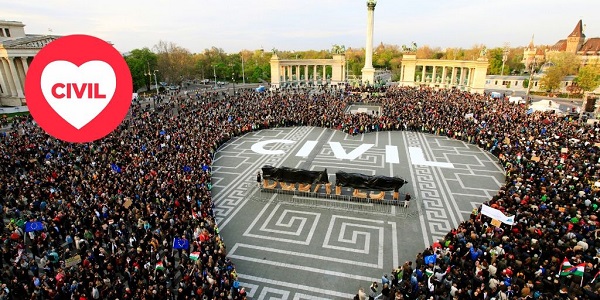 In its decision (Case C-78/18, European Commission v.Hungary, Transparency of Associations), the CJEU recognised that by establishing by Law No. LXXVI of 2017 certain restrictions ondonations received from abroad (including both non-EU and EU member states) bycivil society organisations, Hungary has failed to comply with its obligationsincumbent under Articles 63 of the Treaty on the Functioning of the EuropeanUnion (“Free movement of capital”), and Articles 7, 8 and 12 of the Charter ofFundamental Rights of the European Union (respectively “Respect for privatelife”, “Protection of personal data” and “Freedom of association).

“This decision is more than welcome! It stronglyasserts that stigmatising and intimidating NGOs receiving funding from abroadand obstructing their work is not accepted in the European Union” said Marta Pardavi, Co-Chair of the HungarianHelsinki Committee (HHC), member organisation of FIDH and of OMCT’s SOS-TortureNetwork, “Today’s ruling is a victory not only for Hungarian civil societyorganisations, who have campaigned fiercely against this law since itsadoption, but for European civil society as a whole. It is a clear reaffirmation of thefundamental role played by civil society in a democratic State founded on therule of law”.

The Law “on the Transparency of Organisations Supported from Abroad”,adopted in June 2017, introduced a new status called “organisation supportedfrom abroad” for all Hungarian civil society organisations receiving foreignfunding above 7,2 HUF (approximately 23,500 euros) per year. Theseorganisations must register as such with the Court and be labeled as“organisations supported from abroad” in all their publications as well as onthe government’s free and publicly accessible e-platform on civil societyorganisations. Organisations also have to report the name of donors whosesupport exceeds 500,000 HUF (approximately 1,500 euros) and the exact amount ofthe support. Failure to comply with these new obligations may result in heavyfines and dissolution of the organisation. In February 2018, the EuropeanCommission brought an action against Hungary before the CJEU for failure tofulfill its obligations under the Treaties with this law, resulting in today’sdecision.

“Hungary should now withdraw this anti-NGO law and conform with theCJEU’s decision”, added Gerald Staberock, OMCT Secretary General. “In recent years,Hungary has adopted other laws to silence civil society organisations, such asthe Law ‘on the taxation of civil societyorganisations working with migrants and receiving foreign funding’. As aresult, civic space is drastically shrinking in Hungary; we hope that today’sdecision will help put an end to this alarming trend”, he concluded.

The Observatory for the Protection of Human Rights Defenders (theObservatory) was created in 1997 by FIDH and the World Organisation AgainstTorture (OMCT). The objective of this programme is to intervene to prevent orremedy situations of repression against human rights defenders. FIDH and OMCTare both members of ProtectDefenders.eu , the European Union Human Rights Defenders Mechanism implemented byinternational civil society.