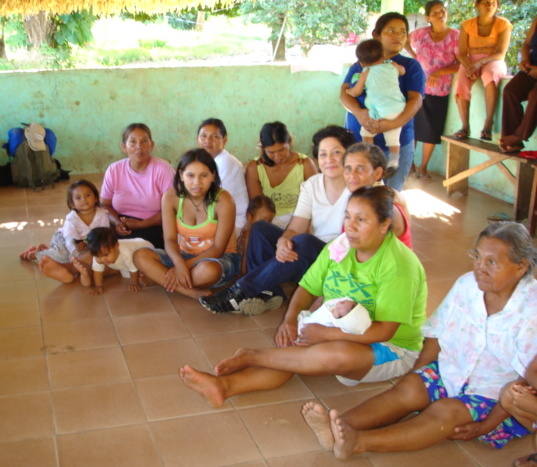 Dec.4, Cochabamba (Bolivia) ­- The traumatic experience of torturetriggers a deep, mostly inexpressible, questioning about the meaning of life.

Victimscan find no words to describe what they endured. They feel that their liveshave been wrecked to an extent so deep and far-reaching as to simply beunintelligible to others. Moreover, carried out behind closed doors,torture is invisible - ignored by science, justice and psychology. This silenceis precisely what exacerbates the pain felt by torture victims.

“Consideringthe magnitude of the psychological effects on the victim, the fear it generateswithin society, and the traumas transmitted to the following generations, torturecauses irreparable damage,” says Emma Bolshia Bravo. “That’s why prevention oftorture is crucial.”

Torturein Bolivia ­- especially against union representatives, members of indigenouspopulations or of indigent communities, peasants, sex workers, and LGBTIindividuals - has been practiced both during military dictatorships and underthe democratically elected constitutional government, even recently. What ismore, only about a quarter of the victims who denounced political violence andhuman rights violations committed under the authoritarian military regime from1964 to 1982 have obtained justice through the reparation process that ended in2012, Amnesty International reported.

Trainedin psychology and curative education, Emma committed herself to fightingtorture after learning that her father had died prematurely at the age of 50because of the torture undergone as a revolutionary activist. Having, as achild, lived through the imprisonment of both her parents, Emma cannot avoidcrying - to this day - when evoking those painful early memories.

Some14 years after its foundation, ITEI leads a coalition of nine anti-tortureorganizations, and has contributed to raising social awareness about the socialand psychological effects of torture. ITEI’s work led to the BolivianGovernment’s ratification of the Optional Protocol to the Convention AgainstTorture in 2006.

Emmanonetheless feels frustrated when the complaints she files or the trials shemanages to secure do not obtain the expected results. The problems victimshave, or eventually develop over time after undergoing torture, both at homeand within their community, are so overwhelming that she sometimes feelshelpless. Combatting torture is a task that should be carried out by society atlarge to have any impact - not only by human rights and mental health organizations.

“Onlymassive action will be able to eradicate torture in our country,” says Emma,arguing it requires a large social, cultural battle to denounce and eradicateimpunity and put an end to the general public’s ignorance and indifference tothe issue.

Tortureand the culture of silence and violence

“Torturegenerates submissiveness, silence and violence whereas a democratic societyshould be based on freedom of expression. The structural violence of the Stateand law-enforcement personnel trigger the replication of violence withinsociety,” Emma explains.

Thiscycle of violence is apparent especially among underprivileged populations,isolated communities and among peasants, who, under-protected by the police,take the security of their neighbourhoods in their own hands, enforcing expeditejustice on their own, according to the repressive model they themselves haveendured. The only difference, in Emma’s view, is that themilitary or policemen who torture in perfect impunity under protection of thelaw, while common citizens are more likely be jailed for their crimes.

OMCT wishes to thank the OAK Foundation, the European Union and the Republic and Canton of Geneva for their support. Its content is the sole responsibility of OMCT and should in no way be interpreted as reflecting the view(s) of thesupporting institutions.