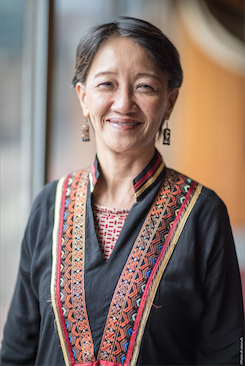 Geneva,19 December 2016 (OMCT) - Rosemarie Trajanowent from being a community health nurse to working to protect human rights inthe Philippines for the last 30 years. Needless to say it has been aroller-coaster ride.

“We saw that we could not only cure physicaldisease but the social illnesses of the communities,” she said, adding thislesson instilled in her a desire to assist others.

Ms. Trajano has been among thosewho have brought about a number of victories in aligning her country’s law withinternational standards. Law in the Philippines now includes provisionsupholding international humanitarian law, women’s rights and anti-torture laws,compensation for victims of martial law. This led her to think the road to aconsistent rule of law would be uphill from there. But she soon realized itwould not be that easy.

Newly elected President Duterte’sauthoritarian rule and blatant attacks on human rights now threaten to teardown the hard-won gains. Since July 2016, after he pledged to wage a “bloodywar” against drugs, the number of extrajudicial killings among alleged drugsdealers and users has soared to more than 6,100victims. In only six months, the policereported killing more than 2,000 “drug personalities”, while vigilantes killedsome 3,841 alleged drug users and dealers.

Awar on drugs and on human rights

Even if the country’s humanrights situation had seemed to improve slightly in recent years, such profoundsetbacks can only be chilling.

“And then this comes,” she said. “Wethought all the time that we were through with civil and political rights andthat we could focus on economic, social and cultural rights. But the problemsare still there and we have to start again.”

Ms. Trajano is realistic when itcomes to gauging success in her line of work, which always has ups and downs. Paradoxically,the thought of starting over does not deter her from the task ahead – bothfor her likeminded peers living in her home country but also globally.

“This is not only a job,” shesaid. “In fact we are earning so little… Maybe it is in our blood!”

Like so many human rightsdefenders across the world, Ms. Trajano says she has been profiled by policeforces because of her vocal opposition of the rampant killings and violence inthe context of the war on drugs in her country. She received a warning sayingthat she was being monitored and that her social media accounts were beingtracked. As most NGOs, her organization’s website is being monitored - if nothacked - by the Government.

The Government has now started acampaign targeting human rights defenders directly. On 28 November, President Dutertepubliclythreatened to kill defenders critical ofhis war on drugs. A few days later, President Duterte uttered similar threatsagainst lawyers of alleged drug dealers. But Ms.Trajano feels the onus is on her to stand up for her people’s rights.

Thisarticle is part of a series of 10 profiles to commemorate International HumanRights Day, 10 December, and to recognize the vital role of human rightsdefenders worldwide.

OMCT wishes to thank the Republic and Cantonof Geneva and the OAK Foundation for their support. Its content is the soleresponsibility of OMCT and should in no way be interpreted as reflecting theview(s) of the supporting institutions.