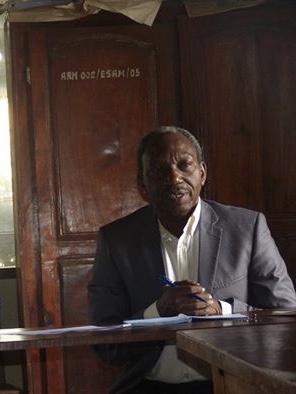 8 December, Cotonou(Benin) – “Violenceis the first inheritance of a child born within a violent family,” says NorbertFanou-Ako.

As director of a non-governmental organization called Solidarity for Children in Africa and the World (ESAM) he is trying to break Benin’svicious cycle of violence. The violence deeply engrained in this country startsat home and in school with commonplace whipping, caning, slapping and otheruses of ill treatment against children and then extends to regular beatings toforce confessions out of suspected juvenile delinquents at police stations.

ThoughBenin ratified the Optional Protocol to the Convention against Torture in 2006,its criminal legislation still does not include the « principle ofabsolute prohibition of torture », norstate that executing orders from a superior is not a justification of torture, norforbid the use of confessions obtained through torture.

In 2007, in its second review of thecountry’s implementation of the Convention the United Nations Committee AgainstTorture had encouraged Benin to ensure the strict enforcement of legislationprohibiting corporal punishment inthe family, schools and within institutions other than schools and to conduct awareness-raisingand educational campaigns to stop such violence.

Things,however, have not improved that much since, especially with regards to childrenin conflict with the law. These are especiallyvulnerable, when in fact the State should grant them special measures toprevent situations of risk, and safeguard their life and physicalintegrity.

In 2011, the Subcommittee on the Prevention of Torture ­­–which is currently visiting the country again – asked Benin to take steps to ensure that: “children are notheld in initial custody except as a genuinely last resort; they are heldseparately from adults; their rights are fully and clearly explained tochildren in a way that is readily understandable; a relative or trusted personis immediately informed of the custody of the child concerned; no child issubjected to questioning without the presence of a trusted adult; no child issubjected to restraint while in a custody cell.”

Fighting violence with information,dialogue and progress

Trained in bankingand human resources, Norbert, 64, is trying in a joint project ofESAM with OMCT that involves monthly visits to civil prisons, regular trainings and meetings withauthorities, to disseminate such recommendations of the CAT, the SPT, and theConvention on the Rights of the Child among all those dealing with children’sjustice and child delinquency – from lawyers, to magistrates, to policemen,village chiefs, and to civil society.

“They all have to understand that children must spend the least timepossible in jail,” he says. “Only a few days in prison are enough to scar thelife of a child for ever; it’s a time bomb for society.”

Though judges are increasingly protective of children in Benin, inparticular thanks to the work of organizations such as Norbert’s and OMCT, thediscrepancy between child rights and their application is still too big, mainlybecause of the State’s negligence in enforcing the law, according to him.

Though information sharing, training, and advocacy will constitute thebasic structure for aiding the protection of children’s rights, Norbertbelieves that dialogue between children and their families, who tend to give upon them too easily, is also a key factor to putting an end to the pervasiverecourse to violence in Benin.

Yet Norbert stresses that the onus is on the State to effectively punishtorturers and fight corruption and, more importantly still, address thefundamental problem of fostering economic and social development in the countrywithout which prisons will continue to see new youths arriving. In Benin, over47 per cent of the population was belowinternational poverty line of US$1.25 a day from 2007 to 2011, according to UNICEF.

“When you live in sheer poverty, you develop survival strategies, andkids often think to themselves that at least in jail they’ll get a warm mealevery day,” says Norbert.

OMCT wishes to thank the OAK Foundation, the European Union and the Republic and Canton of Geneva for their support. Its content is the sole responsibility of OMCT and should in no way be interpreted as reflecting the view(s) of the supporting institutions.