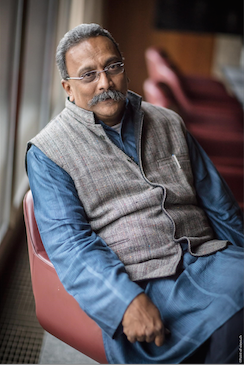 Geneva, 20 December 2016 (OMCT) -Henri Tiphagne’s commitment to human rightsoriginates from his mother’s work with the poorest of the poor and the mostexcluded, at that time leprosy patients. His fight against injustice has sinceremained unwavering despite challenging times for human rights and theirdefenders.

As the founder and Executive Director of People’s Watch, the first organization dedicated tomonitoring human rights violations by the State in India, Henri Tiphagne hasbeen supporting victims of State violence and advocating relentlessly againsttorture and discrimination in India for more than 20 years.

One of the greatest difficulties activistsface in the world’s largest democracy “lies in the fact that State institutionsthat should be protecting human rights refuse to perform, particularly when itcomes to the rights of the poor”, Mr. Tiphagne said.

A fervent advocate of the rule of law anddemocracy, he still believes in the key role of State institutions as thebulwark against violence that could be seen by some as the only way forward toachieve human rights. “State institutions must be strengthened and made towork”, Mr. Tiphagne stated. “Our work is to protect justice institutions, toprotect the core of the Constitution and to protect the existence of nationaland State institutions”, with the hope they become more independent andaccountable.

In the past year, he and his organizationhave in turn come under increased pressure for holding the Government toaccount.

Like many other human rights organizationsin India, People’s Watch can no longer receiveforeign funding after the Ministry of Home Affairs decided in October2016 not to renew its license under the Foreign Contributions (Regulations) Act(FCRA). Such a move seriously undermines the work of the organization on behalf of victims of State violence.

Inspired by others to keep up the fight

Despite challenges, Mr. Tiphagne remains optimistic. “My strength is drawnfrom successes I have seen across the world”, he said. “Fifteen years ago,poverty was not seen as a human rights violation, the right to development wasnot recognized as a right; ten years ago, the rights of LGBT people were notspoken of.” He sees these as good reasons for all human rights defenders acrossthe world to keep hope for the future and stay strong.

Seeing that there are many others whodedicate their lives to human rights in all parts of the world, and too oftengiving them to the cause, inspires him to continue his work. “Their unfailingcommitment has sown the seeds for a new generation of rights to grow”, Mr.Tiphagne said.

Mr. Tiphagne also draws inspiration, andpride in his work, from his engagement with the youth of his country so thatthey in turn stand up to uphold the rights of others. His organization activelysupports human rights education with the aim to build a society free from humanrights violations and discrimination.

This article is part of a series of 10profiles to commemorate International Human Rights Day, 10 December, and torecognize the vital role of human rights defenders worldwide.

OMCTwishes to thank the Republic and Canton of Geneva and the OAK Foundation fortheir support. Its content is the sole responsibility of OMCT and should in noway be interpreted as reflecting the view(s) of the supporting institutions.