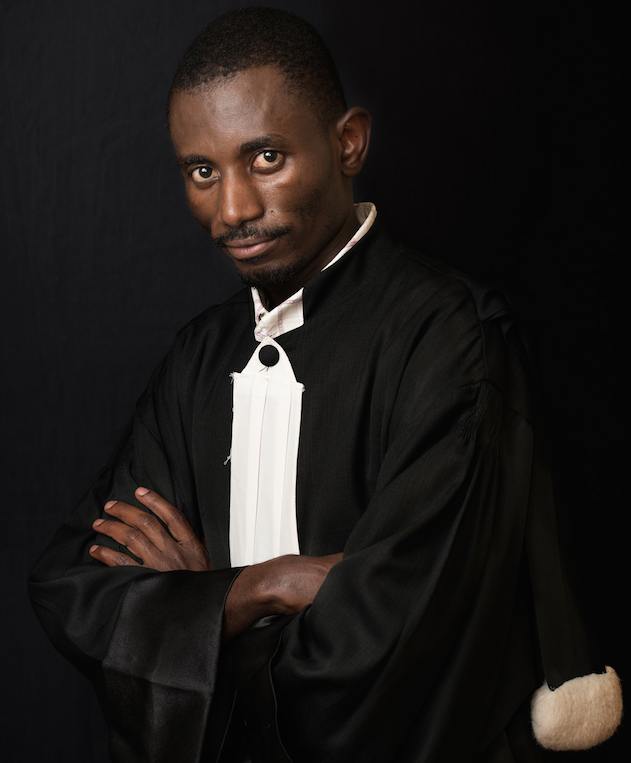 Dec. 2, Bukavu (DRC) – All lawyers aresupposed to uphold human rights, but Justin Bahirwe is as committed to fightingtorture as others to belief in God.

“One can be anon-practicing believer,” he says. “For me, it’s a matter of personalconviction; I see this fight as a very necessary dogma that I must put intopractice.” When listening to asoft-spoken, articulate, impeccably dressed 34-year-old Justin, you would thinkhe is promoting human rights in a peaceful, predictable, functioning State.

You cannot tell helives in Bukavu, in the eastern Democratic Republic of the Congo (DRC), adesolate place where the world’s deadliest conflict since WW2 has not relentedfor over two decades, killing some 5.4 million people, where tens of thousandsof children are recruited as soldiers – if they do not die of diarrhoea ormalaria – political opponents are killed, corruption is rampant anddeeply-rooted, the infrastructure inexistent and extreme poverty pervasive.

In a place like that,it would be more than legitimate to simply give up on wanting to address anissue as complex as torture. What sustains Justin’s drive are the manythank-you letters he receives from survivors of torture or gender-based sexualviolence he saw through their trials as Coordinator of SOS Information Juridiquemultisectorielle, or from members of poor communities in rural areasthat he provided with free training about their rights.

A specialist in therights of women and children, he contributes to building the legal instrumentsto combat torture by working with the United Nations Joint Human Rights Officeon the development of national protection measures for human rights defenders inhis country.

The job can bedisheartening, Justin admits. Several times, after speaking about his work onthe radio for instance, he has had to flee his country to avoid governmentreprisals, leaving behind family and work.

To stay alive, Justinhas developed personal security strategies such as working with a nationalnetwork of lawyers to spread the risks of government retaliation, learninghow to engage United Nations human rights protection mechanisms, reaching outto a prominent « godmother » such as Dutch politician Maria Martens,or collaborating with international partners such as OMCT, Human Rights Watchand Amnesty International, all of this to increase the « politicalcost » of any action against him …

The deeply engrainedand pervasive use of torture in DRC puts citizens in a situation as precariousas the constant exposure to the risk of having a car crash, according toJustin. “Anyone can have their life overturned at any time.”

A man who has beentortured may never again be able to be the family breadwinner he was, affectingan entire community. He may even become incapable of facing them for years,Justin explains. « Our colleague in North Kivu, Sylvestre Bwira, in spiteof all the medical and psychological assistance he received, has been hurtingever since he was forced to leave the country in 2011. In addition to hisfamily, which he had to abandon, indirect victims of the torture he underwentinclude his organization and the beneficiaries of his work.»

To know more about the "10 December, 10Defenders" campaign, click here.

Pledge your voice, an action, or funds and help us support 10 HRDcontinue their fight against torture!

OMCT wishesto thank the OAK Foundation, the European Union and the Republic and Cantonof Geneva for their support. Its content is the soleresponsibility of OMCT and should in no way be interpreted as reflecting